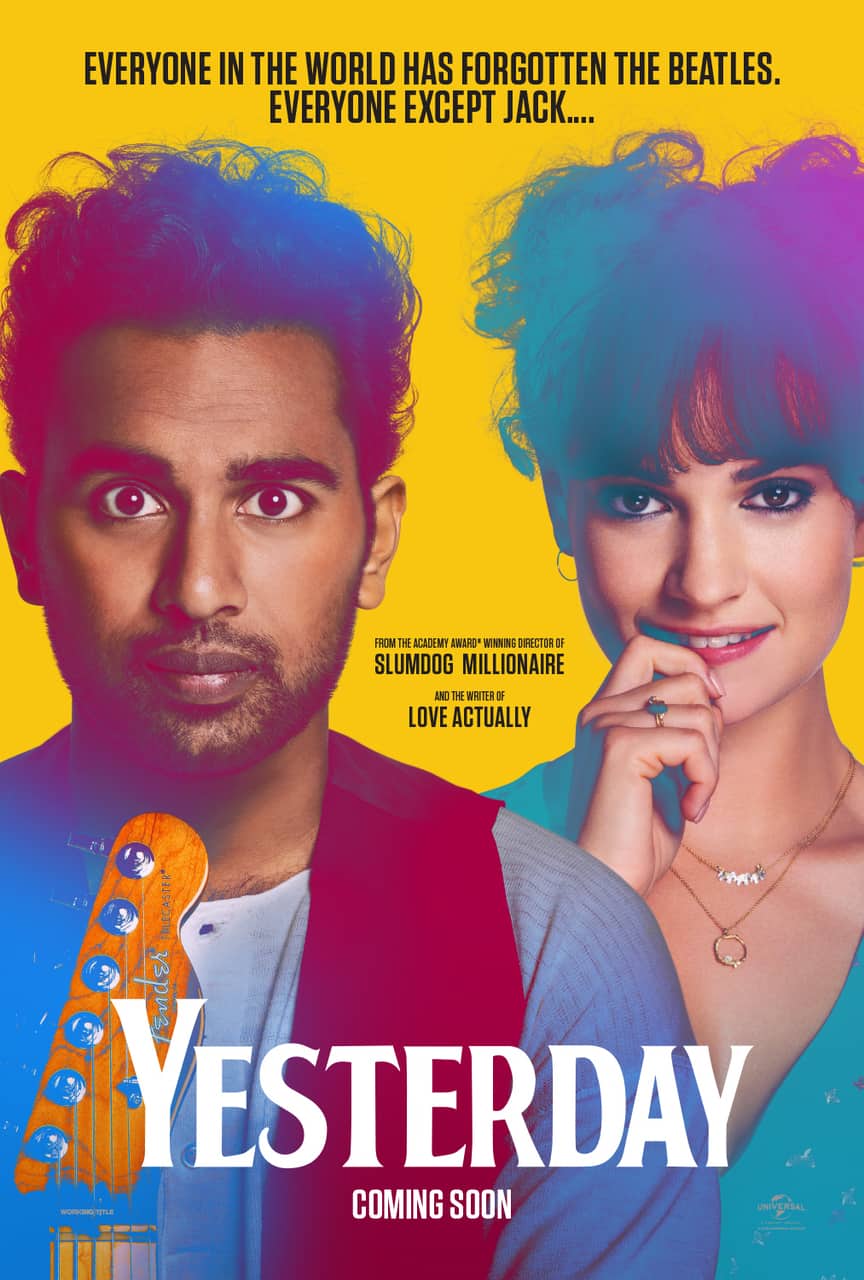 Jack played by Himesh Patel is a twenty something teacher who is also a struggling singer / songwriter. He is knocked unconscious during a worldwide power cut and wakes up in a world without The Beatles. He reconstructs their songs from memory  (although remembering some of the lyrics is a bit tricky) and begins to pass them off as his own.

Soon worldwide fame beckons.  His manager / best friend when he was a struggling artist is Ellie (Lily James) but this all changes when the world hears his new songs.

This film is a celebration of the music written and performed by The Beatles. There was a lot to love about this film. Yesterday meshes the style of Danny Boyle’s direction with the great music that The Beatles have given the world, along with great performances by Himesh Patel, Lily James, and even the little screen time that Ed Sheeran has. With solid pacing, an enjoyably quirky story and a character that wins you over as the film progresses, Yesterday is an enjoyable film and definitely worth watching.