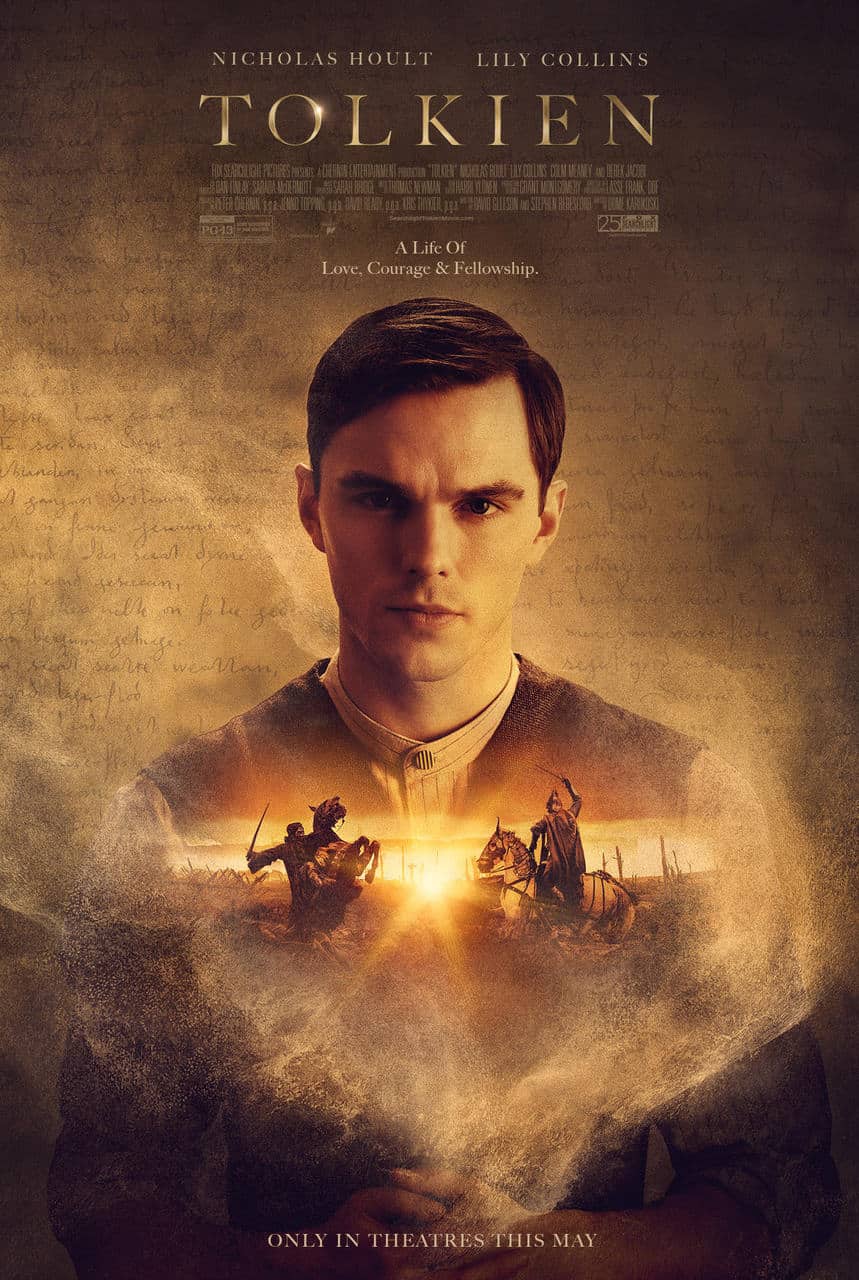 Orphaned in 1904, John Tolkien & his younger brother Hilary grow up in Birmingham in care. There at school John forms a lasting bond of fellowship with three of his class mates. John (Nicholas Hoult) falls in love with fellow resident Edith (Lily Collins) and as a top student, gains a place at Oxford.

However war is declared & it is the horror of fighting on the Somme that will shape his life’s work. The mass slaughter and death of his friend are seen to create dark gothic images that influenced his later writing in the hobbit. The war scenes are harrowing but brilliantly shot with hints of ‘dark riders’ and Tolkien’s supportive squaddie ‘Sam’ feeding into the hobbit narrative and by implication casting Tolkien as ‘Frodo’

To gain an early understanding of the plot is difficult if the viewer has not read the book or watched the Lord of the Rings films and the film seemed to get off to a slow start as the early life of Tolkien is portrayed but the brilliant portrayal of Tolkien’s physical and mental anguish on the Somme and his subsequent recovery and later life with Edith   was electrifying making the film a coherent account of this great authors life and motivation in writing the Lord of the Rings. On the whole I felt the film had a slow burning fuse that exploded with brilliant cinematography into a deep understanding of John Tolkien and his subsequent fantasy masterpiece.