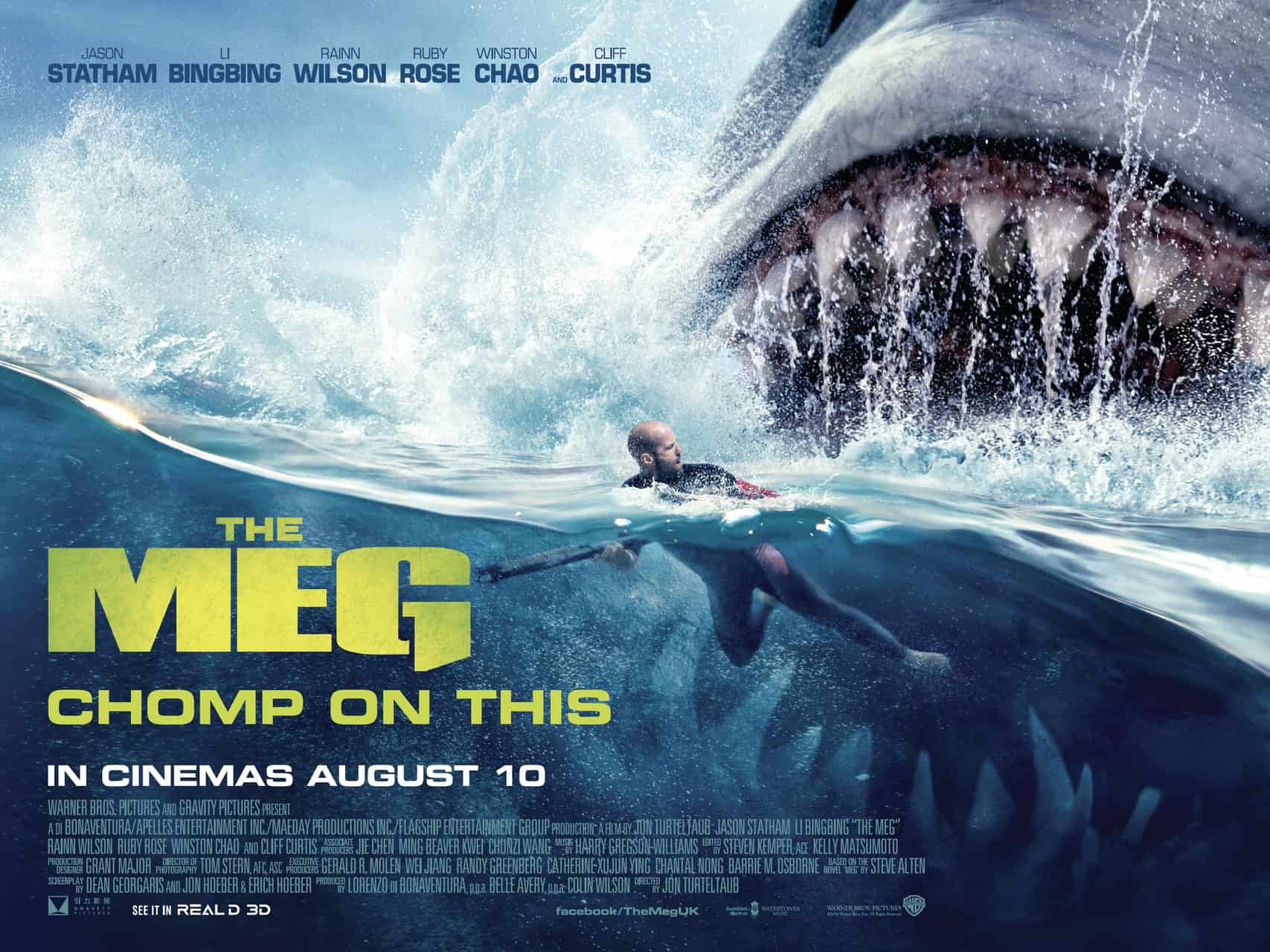 I took my 2 teenage daughters, aged 14 and 13, to see The Meg. With Jason Statham in the cast, you know its going to be an action packed film and that’s absolutely right.

Along with plenty of amusing one-liners, throughout the film and some knock-out, CGI special effects, this movie is suitable for older children, teenagers and adults alike. There is some blood and gore and people die, so it’s not suitable for the very young, hence the 12A rating. Along with the action and comedy, there were a couple of moments that pull on your heartstrings.

The film gets its title from a gigantic, prehistoric shark, Megalodon, that is discovered, living below an ice layer at the bottom of the ocean. Statham, plays Jonas Taylor, a retired, deep sea, rescue diver. He is tempted back into the job, to save the crew of a vessel which is damaged by the, then unknown, Meg! The film begins 5 years earlier, while, during a rescue, Taylor encounters The Meg. Back to the present day, sees Taylor and crew trying to destroy the Meg after it swims through the gap in the ice layer and into the ocean above. Endangering lives and eating people along the way. The crowded beach scene is both tense and funny.

I’d recommend this movie. There are some flaws in it, if you start questioning the science.. But if you just want some easy laughs and some great CGI, then you’ll enjoy this movie. Older kids and teenagers alike will enjoy it.