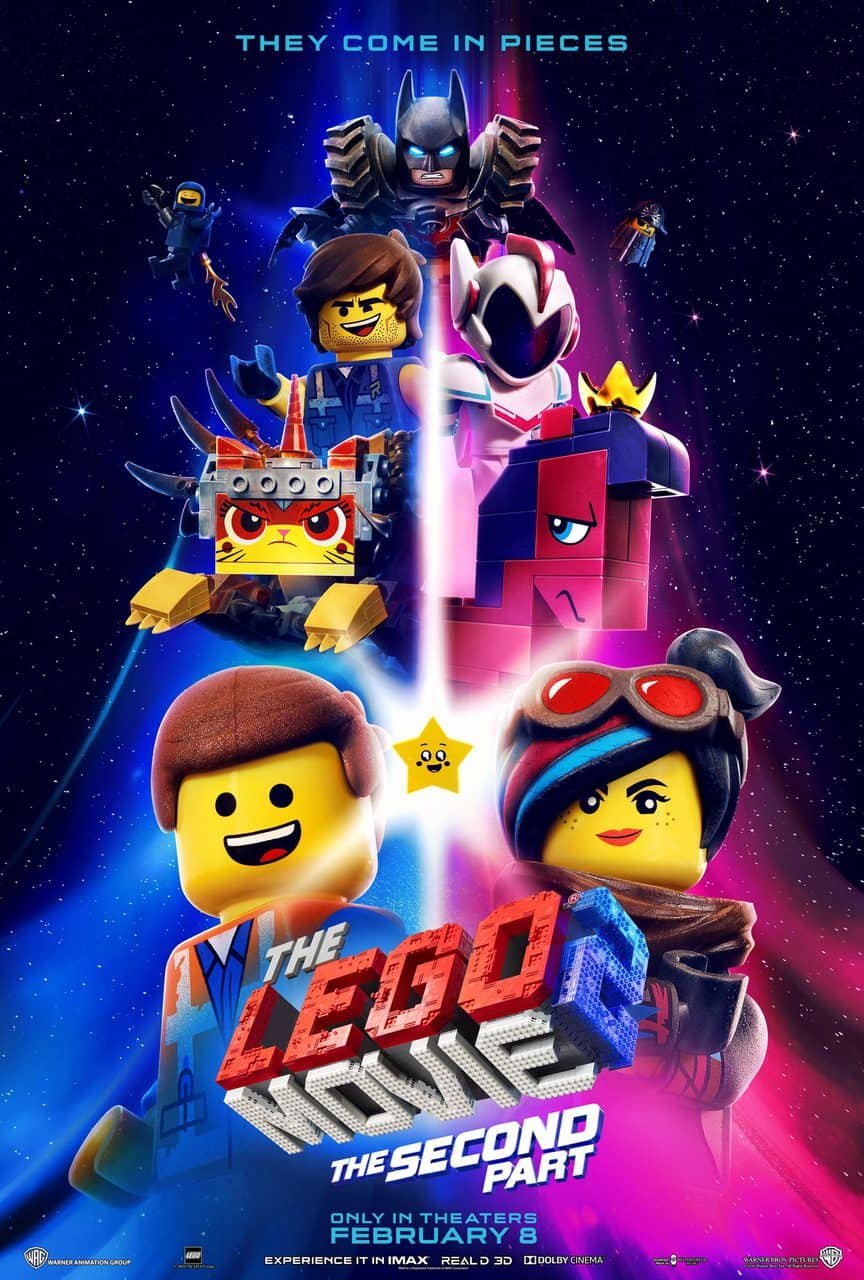 The Lego Movie 2: The Second Part is a sequel that certainly stacks up to it’s predecessor. With plenty of new interesting characters, great moments with the team we know and love, several catchy original songs, that are no “everything is awesome” but will definitely get stuck inside your head… and a storyline everyone with a sibling or children can relate to.

All the while being a whimsical, hilarious tale that doesn’t take itself seriously, showing the infinite possibilities of children at play. This is a sequel that adds to the world The Lego Movie created, while building something new and entertaining. Why reinvent the brick when there’s still so many things you can build with it?

All in all this is a great family-friendly movie, that will certainly appeal to young and old fans of Lego, as well as those looking for some light-hearted entertainment. There’s no doubt this franchise is still a cut above the norm of non-Disney animated movies.