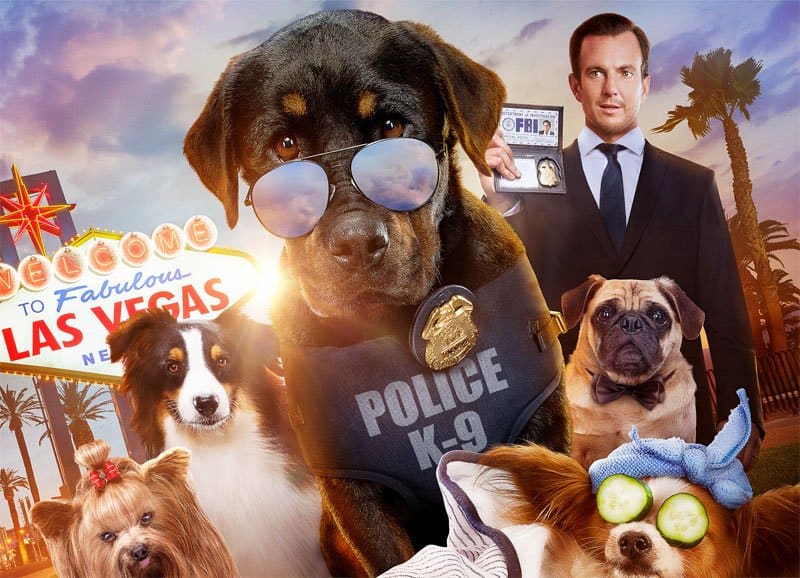 Show dogs was awesome. We loved watching this film with talking dogs. There were some really funny moments in it.

It is about an FBI agent and a canine police officer who team up to try to stop an animal smuggling ring.

Max (voice of CHRIS BRIDGES) is a highly regarded canine police officer who likes to work on his own. While trying to stop a baby panda from being sold in an international animal smuggling ring, he meets Frank (WILL ARNETT), an FBI agent working the same case. Their first meeting does not go well but they are paired together to work on the case.

Frank gets help from FBI canine consultant Mattie (NATASHA LYONNE) who’s entering her dog, Daisy (voice of JORDIN SPARKS), into the competition. Max finds a former show champion called Philippe (voice of STANLEY TUCCI) and tag-along pug Sprinkles (voice of GABRIEL IGLESIAS) to help him learn how to act in the show and work out potential suspects, such as Mattie’s associate, Gabriel (OMAR CHAPARRO).

With the show getting underway and Max and Frank continuing to disagree on how to do things, they learn that they need to work together to crack the case, stop the smugglers, and save the baby panda.

A review by Mia and Emily