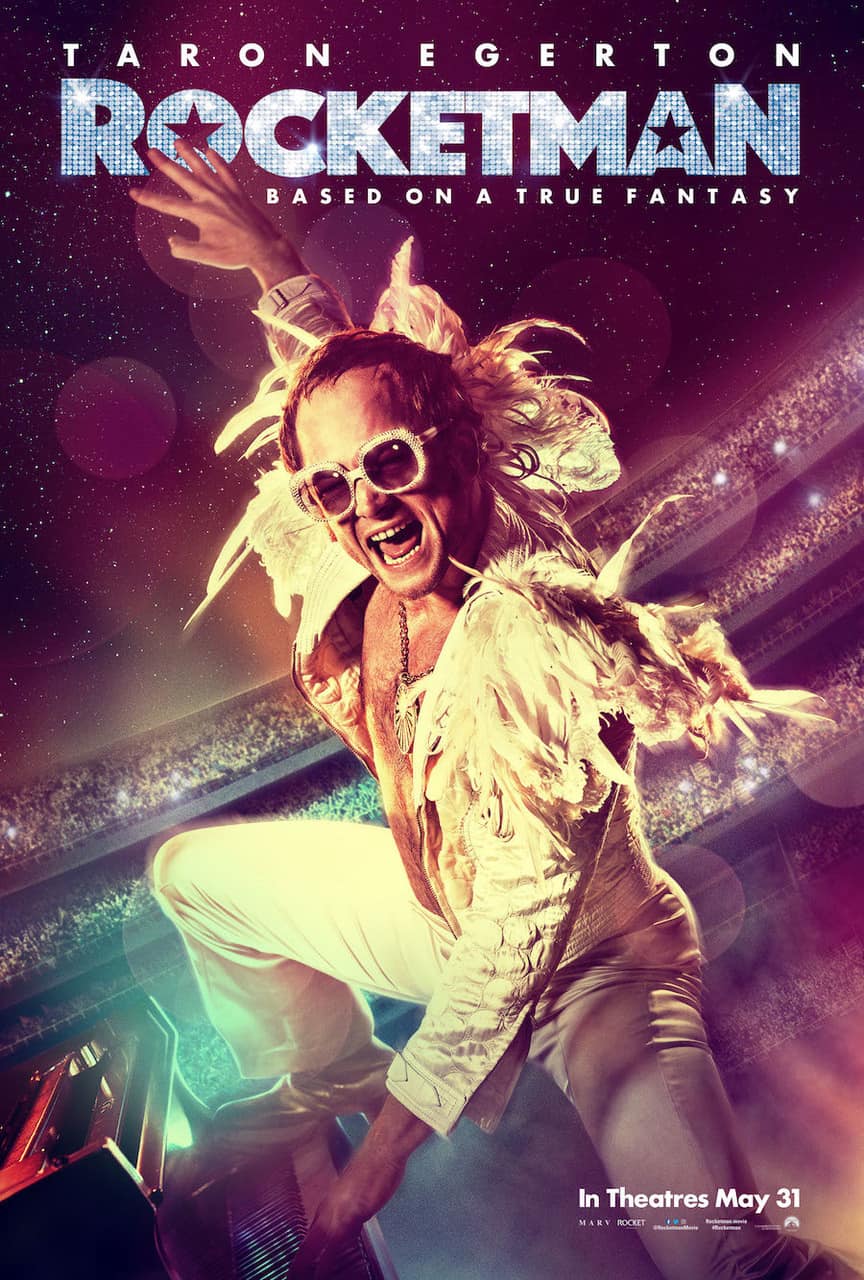 “Rocketman” is presented as a therapeutic exercise. We first encounter the adult Elton John (Taron Egerton) as he marches along a corridor in a tangerine cat suit, complete with wings and horns. Crashing through a door, Elton dominates in group therapy session, and reveals his addictions: sex, drink, and drugs plus loads of shopping.

Far from the truth he says “I was actually a very happy child,” and, with that, we are transported back to his youth, and through a version of his personal past. With the support of his grandmother Elton overcomes his early lack of confidence and the cold indifference of his father and self-centred mother to gain a scholarship to the Royal Academy of music  We get the early gigs in pubs; the meeting with his lifelong lyricist, Bernie Taupin (Jamie Bell); the arrival of John Reid (Richard Madden), who became Elton’s lover and manager; the globe-straddling glory; and the statutory  breakdown, without which no rock fable is complete. The plot goes full circle, with Elton, cured of his depression, alcoholism and drug addiction, regarding his younger self, and singing “I’m Still Standing.”

Whilst very entertaining crammed with many of Elton’s hits, as a bi-optic I felt it was somehow lacking in emotional depth, perhaps Elton as executive producer set limits to the probing of his private life. However, the film as entertainment was very good and will please Elton’s many fans.