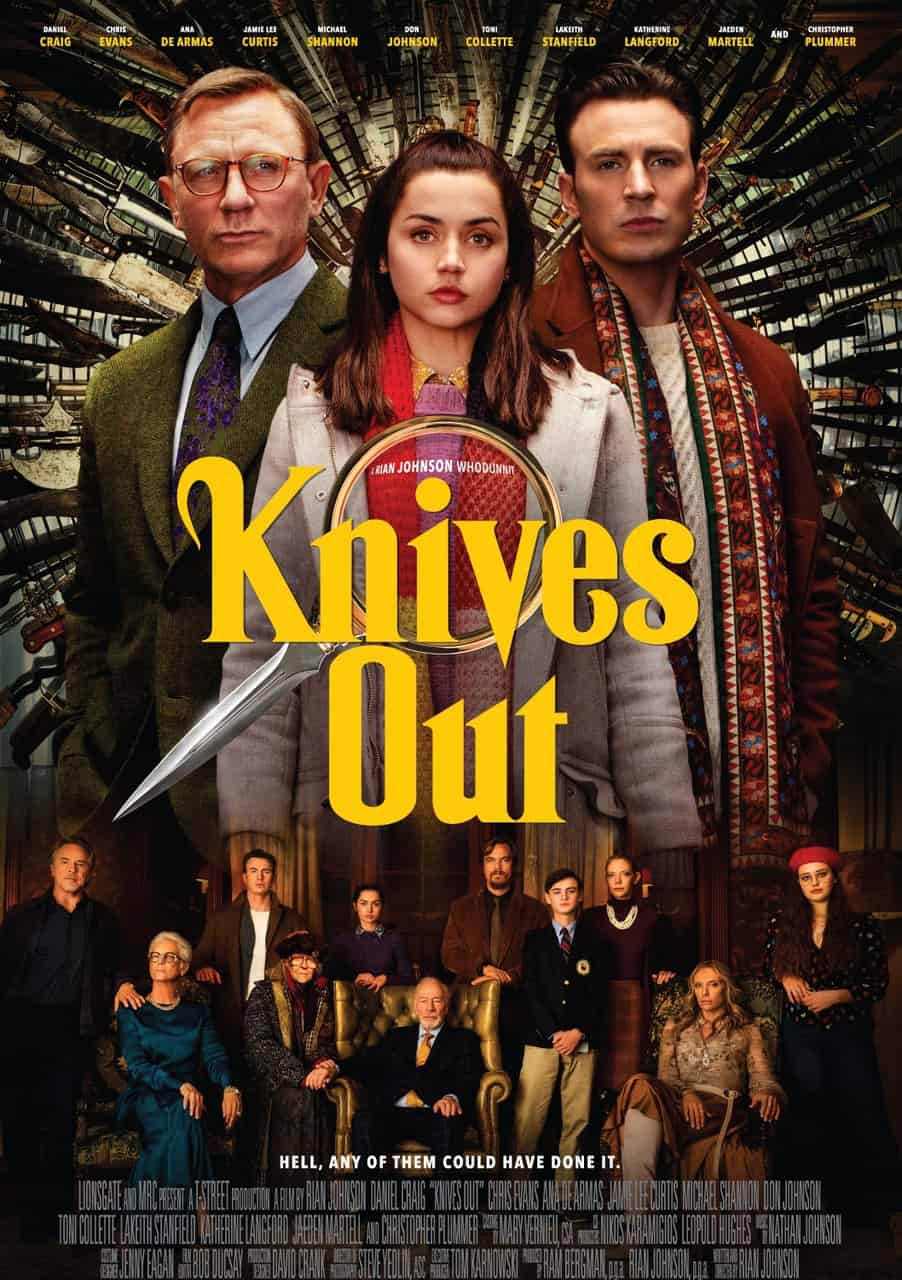 I was really looking forward to this film what with it’s famous cast including Daniel Craig, Jamie Lee Curtis , Toni Colette and Chris Evans and especially as it opened to rave reviews prior to my going to see it. I also love the old style murder mysteries/whodunnits of yesteryear , the like of which have not been seen in cinemas for a long time.

Most of the action takes place in an old country estate somewhere in New England and lo and behold someone is murdered! Apparently it is by suicide but just to make sure a local detective is called in to check things are in order (which of course they are not) along with a state trooper , and a flamboyant cigar smoking private investigator played by Daniel Craig. Naturally as you would expect from a whodunnit everyone has a motive and it’s up to the threesome to find out the truth, and so up to this point the film goes where you expect it to. However I think what makes it is the quality of the script – it’s very well written, sharp and funny – at one point I was laughing out loud which I really didn’t expect to happen. The cast is excellent and every bit of acting rises to the occasion. Daniel Craig is great and it makes a change seeing him portray this kind of character which is a departure from James Bond , here he’s more Peter Falk’s Columbo.

I really enjoyed the film and wholeheartedly recommend it – a great way to spend 2 hours. Go see it!