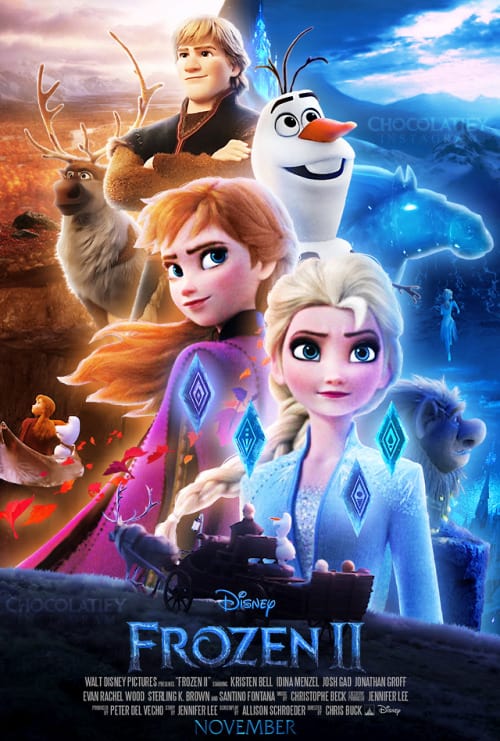 What made Frozen so endearing to many audiences is the strong bond between Anna and Elsa and the themes of unconditional sisterhood and love that relationship delivered. Frozen II is smart to expand on those ideas and gives the royal sisters more time together to further their tumultuous relationship. The two are given far more equal footing this time around, as Elsa begins to further understand the origins and strength of her powers whilst Anna grapples with maturity and change. Idina Menzel and Kristen Bell are as charming and magnetic as ever, and once again their characters are what make the film so appealing. Jonathan Groff’s Kristoff gets an amusing subplot,

It’s amazing how quickly the quality of animation evolves over a short period of time, as in only six years Frozen II looks vastly superior to the still technically impressive first. The style has stayed relatively the same but the subtle details are much richer. The production design is as bold and fantastical as ever.

Frozen II is an ambitious and challenging animated film that tries to evolve not only its own story but also the expectations for all of Disney animation. It has everything a young audience member wants from a Frozen sequel, but it also has deeper layers for an adult audience to digest and help send a good message about being intersectional and fighting for a better tomorrow. There is clear room left for this world to go on and on.

Thoroughly enjoyed by all. Even better than the first one.