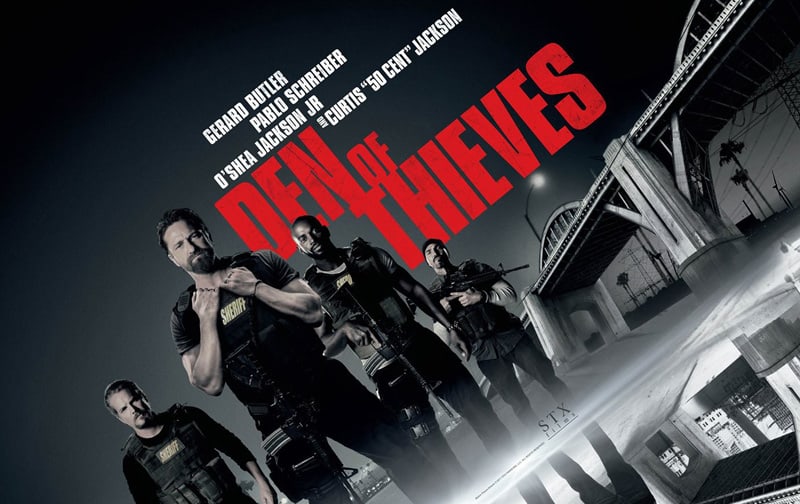 Den of Thieves, stars Gerard Butler as a tough-talking cop taking on a ruthless gang of thieves, with a manifestly macho supporting cast made up with the likes of O’Shea Jackson Jr. and Curtis ’50 Cent’ Jackson

Den of Thieves is a tense and thoughtfully planned thriller that wasn’t afraid to go dark and violent when it needed to be. The set-up seems to familiar, based in Los Angeles a gang of bank robbers set themselves the task to raid the Federal reserve bank. Their rivals being a ruthless unit of police officers who bend the rules to take down these criminals. Sure, there are the obvious comparisons to Heat, any bank heist film will elicit that response.

It did come across as a little heavy-handed for an action film, but it was refreshing to have a movie take itself seriously for a change, the best display of this comes from the handling of Gerard Butlers Character (Big Nick).

The finale brings a large twist but it can be seen as rushed, however Den of Thieves is worth a watch especially for those Gerard Butler Fans.