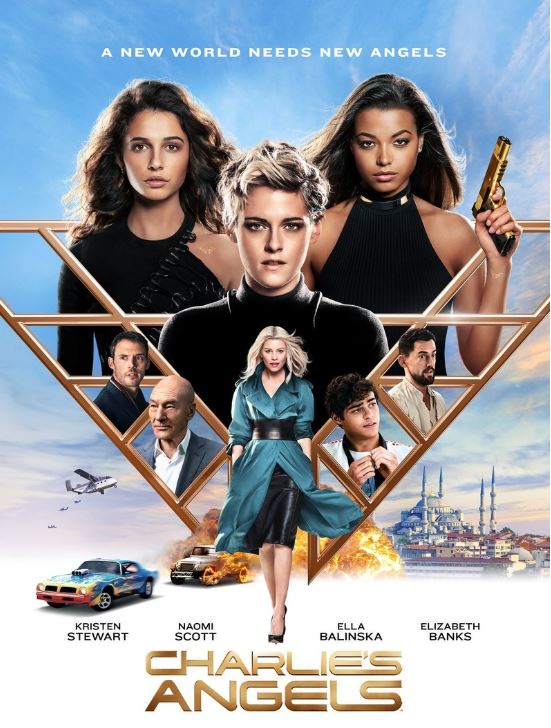 From start to finish this film is action packed with car chases, stunts, explosions, energetic action and a few laughs along the way. It tells a story of three woman coming together to form a team to protect each other. The movie follows two members of the Townsend Agency who don’t quite get along , Jane & Sabina who team up on a job to protect Elena, a programmer who is targeted when she attempts to point out to her boss that the programme she has been working on can be weaponised. When the mission goes wrong by an assassin called Hodak they get some help from Bosley. The girls then realise there could be a traitor in the ranks of the agency and the girls’ unsure who to trust, have to rely on each other in order to recover the programme to save the world.

Some of the stunts were far-fetched but overall the film was entertaining.