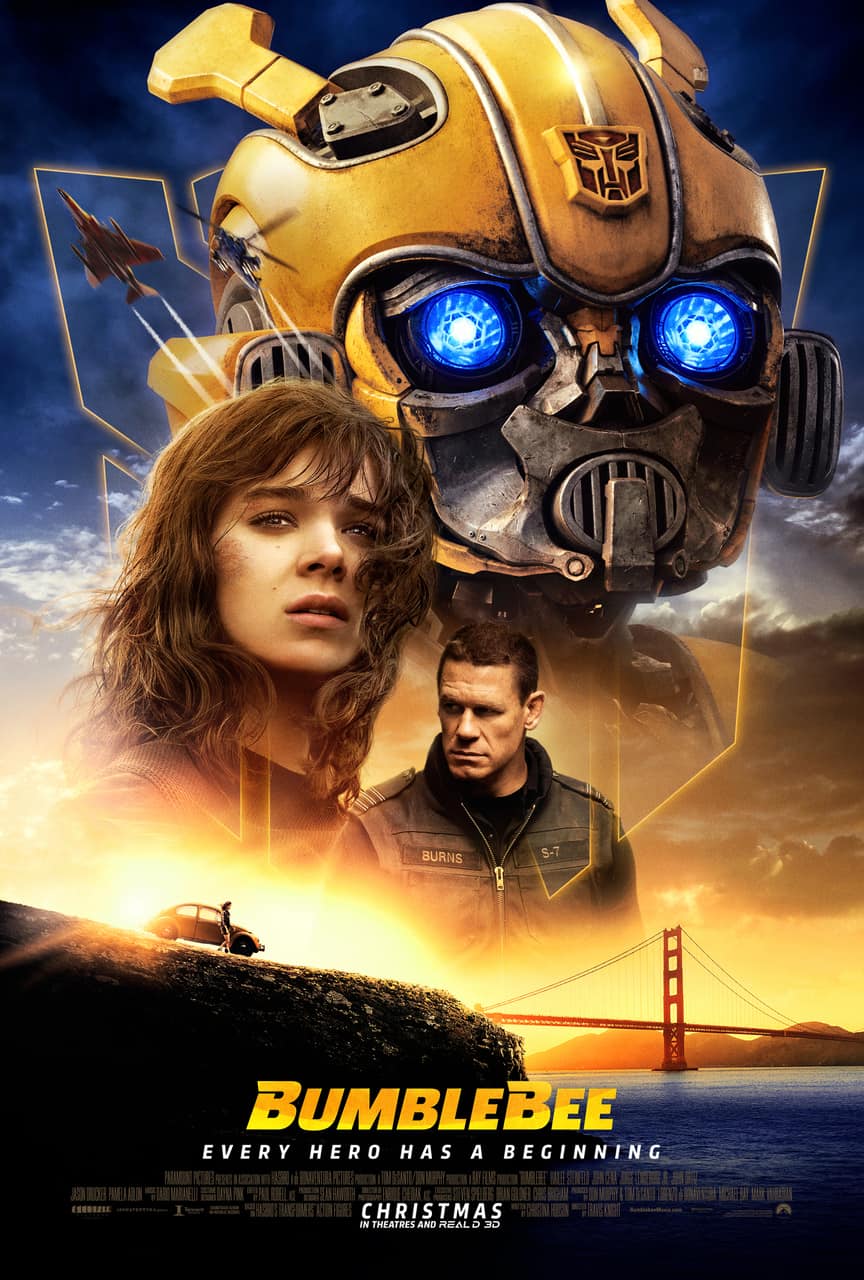 I’ll be honest – I was apprehensive about going to see Bumblebee. I grew up with Transformers, collected all the toys, had all the animated movies. But Michael Bay’s proclivity for pyrotechnics and style over substance approach left much to be desired and had me ducking out of the series after Dark of the Moon. With Travis Knight stepping up to direct a Bumblebee film, I was intrigued.

Bumblebee is part buddy movie and part action flick, it delivers the back story without extensive exposition, and it gives the stories some much needed dynamic.

Bumblebee is rightly the star, and he finally feels like an actual character that we care about rather than a mass of CGI gallivanting around the screen bashing into more CGI. In fact, the reduction in Transformers is a big bonus, even as an old Transformers fan – it is much easier to understand what is going on in the fight scenes.

Hailee Steinfeld is the best human lead I’ve seen in the Transformers films so far. Sure there are moments where her backstory wears a bit thin, and sure her interactions with, well, any other humans seem weird and awkward, but apparently she’s very good at acting with CGI characters.

All in all the film was nostalgic, fun, and most importantly – entertaining. And as long as Travis Knight is on board, I might even come back for another Transformers outing.