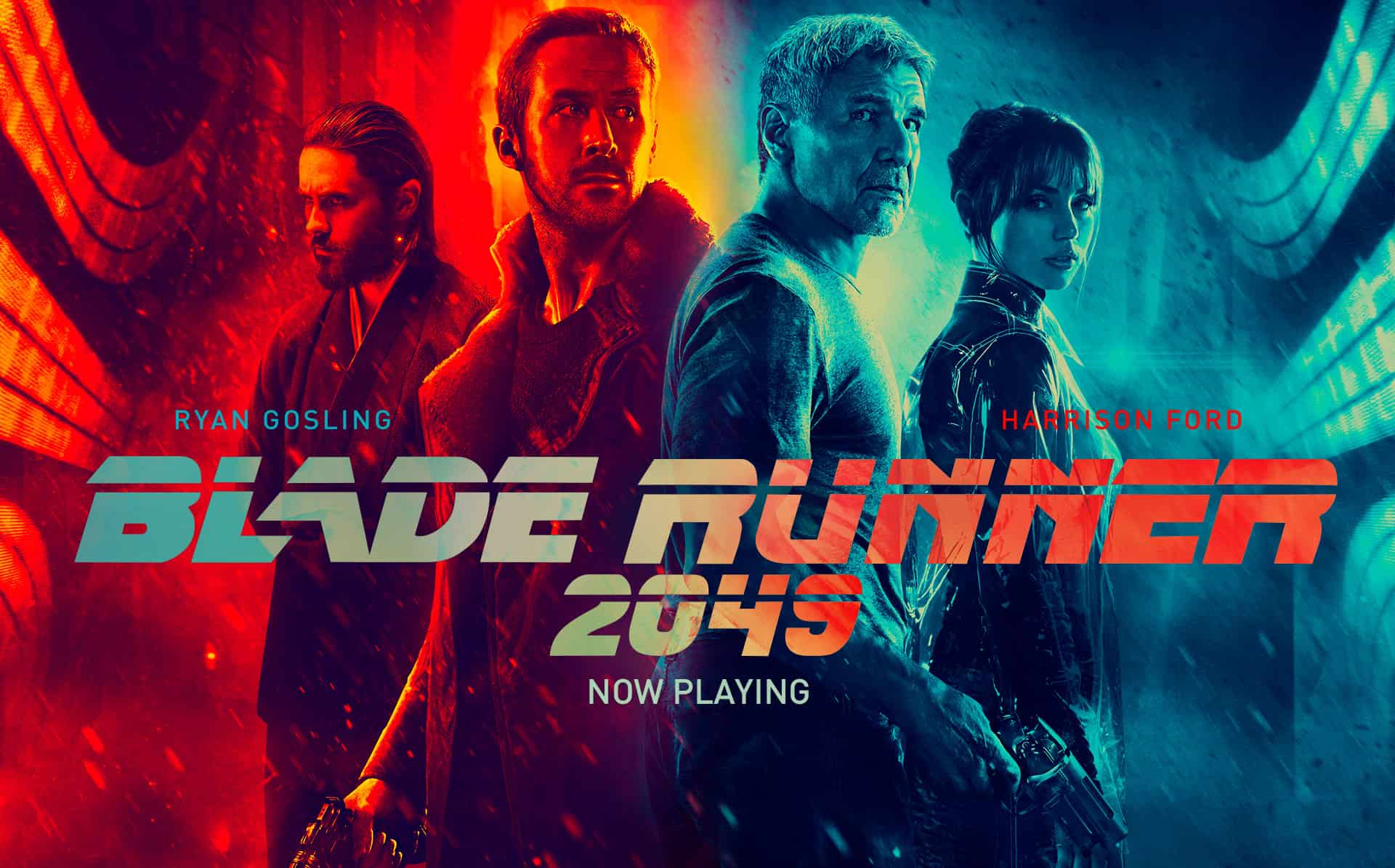 Blade Runner 2049 is the sequel to the dark, noir-esque sci-fi classic 1982 film Blade Runner. Flash forward 30 years or so and we find Ryan Gosling at the helm, playing K an LAPD officer who works as a ‘Blade Runner’ sent out to retire old rogue replicants (artificial humans). One day he discovers a buried secret in a yard which leads him on a journey to track down former Blade Runner Rick Deckard (Harrison Ford).

BR2049 has the same thematic parallels of the original; a dystopian future, neo-noir streets filled with smog & neon lights, and areas of discussion for the audience such as what is it to be human, and our continued use of AI and voice assistants.

This film zips along nicely for a modern Hollywood audience, and is a slightly clearer format compared to Blade Runner. However, there may be some scenes that are a little slow paced for today’s audience but in my opinion this film is visually stunning and like an artistic piece, every detail is carefully crafted for a beautiful cinematic experience.

This film, like the original, will grow into a ‘Cult Movie’ in years to come.