BATTLE OF THE SEXES 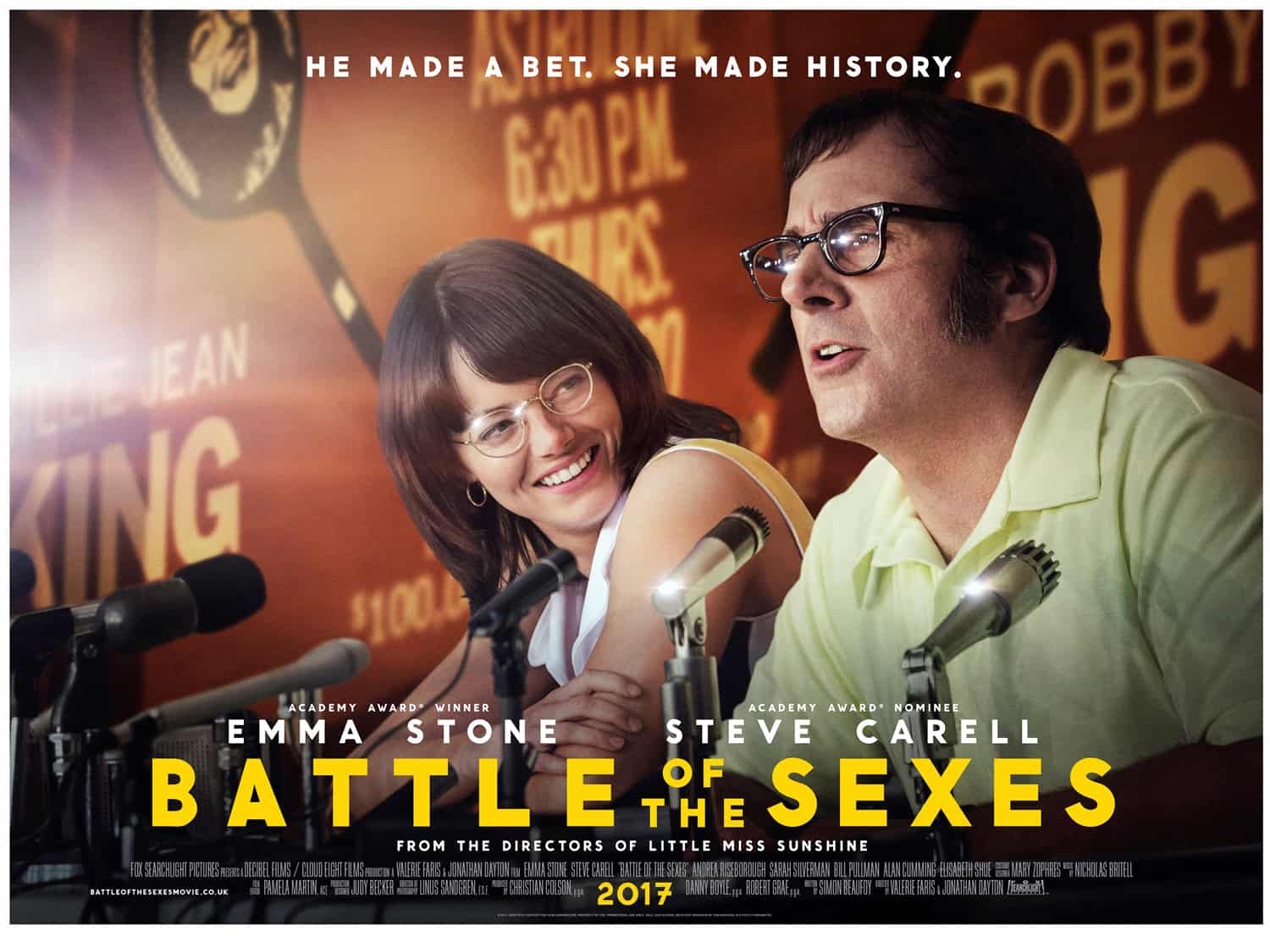 Battle of the Sexes is an old fashioned, sensitive, crowd pleasing film that never feels outdated. The true story of the 1973 tennis match comes with a great cast including Emma Stone and Steve Carrell. When I heard about the movie, I thought it might be dressing the occasion up as something it isn’t, but it gets Riggs right completely.

I felt engaged and interested throughout the whole film, feminism is still a topic that is extremely relevant even today. But the movie is much more than that, it also stages themes of gender equal rights, estranged marriages, sports management, and scores as a LOVE letter to the early 70’s. Emma Stone serves up another ace performance, here as King. Steve Carell was a bit outlandish, but still returned serve with a sound performance.

I’m glad King, in real life, has finally got recognition for her great courage and hard work in creating a new women’s tennis tour, and for campaigning hard for equal pay for women, even though that’s only started to be introduced in recent years. She was such a strong person, aside from being obviously a gifted tennis player. The movie is funny, surprisingly emotional, and inspiring too. I would recommend to anyone!