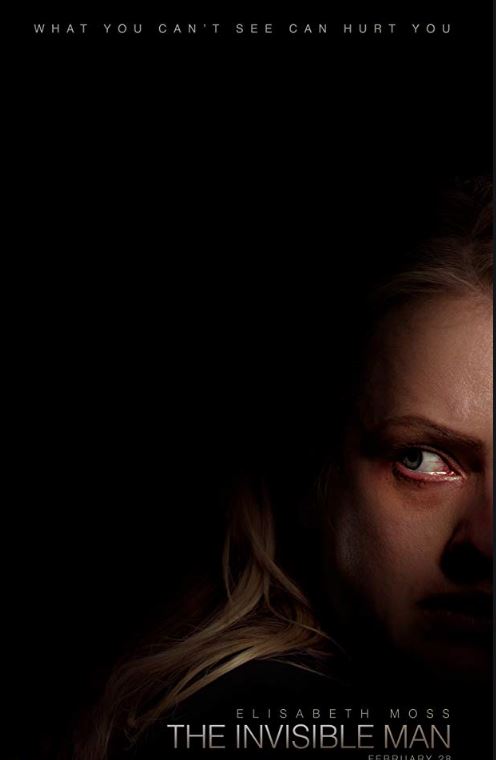 Imprisoned in a violent, abusive marriage with a wealthy, brilliant but psychopathic scientist, Cecilia Kass (Elizabeth Moss) escapes in the dead of night and goes into hiding, helped by her sister (Harriet Dyer), their childhood friend (Aldis Hodge) and his teenage daughter (Storm Reid). But when Cecilia’s abusive ex (Oliver Jackson-Cohen) commits suicide and leaves her a $5 million of his vast fortune, Cecilia suspects his death was a hoax.

As a series of eerie coincidences turns lethal, threatening the lives of those she loves, Cecilia’s sanity begins to unravel as she is set up for murder and desperately tries to prove that she is being hunted by someone nobody can see. This film is nothing like the bland ‘Invisible Man’ films of decades past where the invisible man is a hero. This invisible man is a murderous psychopathic control freak, the superb acting of Elizabeth Moss coupled with a plot full of tense twists and turns places it as one of the very best thrillers up there with the classics of the Great Alfred Hitchcock. A tour de force by Director and writer Leigh Whannell in marked contrast to the boringly Macabre ‘Saw’ films of his past.
I would give the film six stars if I could, it is must see update of H G Wells character!