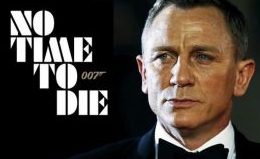 Star Wars is an incredible way to close 2019 here at Festival – we’ve taken a look at the Box Office for 2020 and it’s looking good!

Kicking off in February with Birds of Prey (And the Fantabulous Emancipation of One Harley Quinn) – again starring Margot Robbie, and Dolittle starring Emma Thompson.

Bond is back with No Time to Die starring Daniel Craig on April 3rd.

The Secret Garden with Dame Julie Walters and Colin Firth brings the children’s classic tale to life once more in April, followed by the next episode in the Fast & Furious series – 9 in May.

2020 is set to close on a high with Steven Spielberg directing his interpretation of 1950’s classic West Side Story.

To check release dates and book tickets go to www.cineworld.co.uk