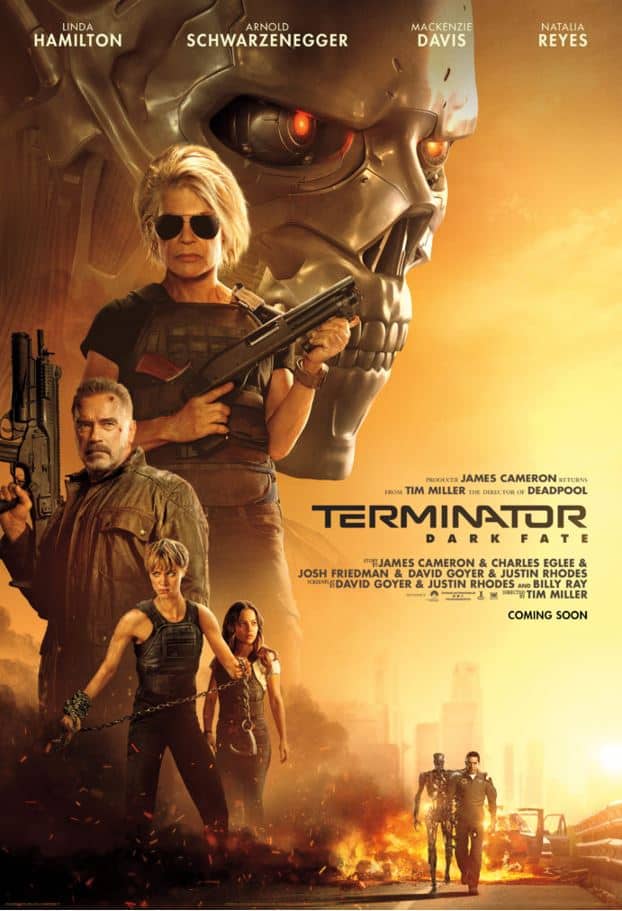 After all the hype about Terminator: Dark Fate being a direct sequel to Terminator 2 (thereby disregarding all the other franchise outings) I went in blind. (I had not seen any trailers and didn’t know the plot at all) Also having not watched the others since T2 was back in cinemas a couple of years ago, I felt cautiously optimistic. It seemed like a bit of a cash grab idea but I’m always up for seeing Linda Hamilton being a badass and you can never go wrong with Arnie!
I would say as a generic action movie you don’t need to think too deeply about it for a Monday night film , it was ok! But I am slightly disappointed in Director Tim Miller as I usually really rate his movies! A direct worthy sequel to Terminator 2, this was not! Arnie said he’d be back, but I don’t think he should have bothered!