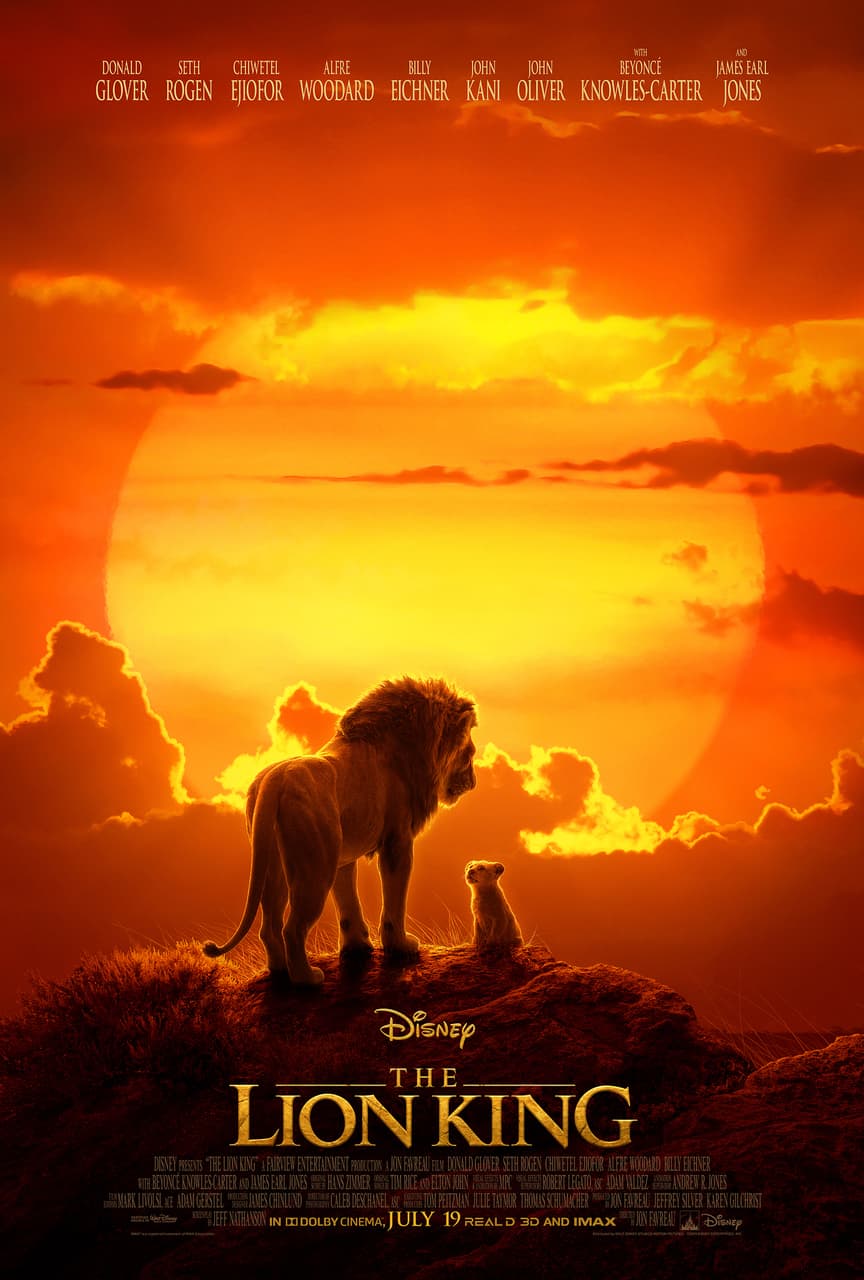 The Lion King really is the telling of the circle of life now that 25 years after the original release children of the 90s can now take their own children to enjoy Jon Favreau’s second Directorial CGI reboot of a Disney Classic, and if you want nostalgia you will definitely get it as this story is pretty much identical to the original version even down to the shots, songs and the return of James L Jones as Mustafa.

That being said the story is perfect so why change it, there are some new jokes even a Beauty and the Beast reference and a new song by Beyonce who voices Simba’s best friend and the prides future Queen.

The characters animation is flawless and among the best CGI I have seen on the big screen. This is the story of Simba a Lion cub Prince who really ‘just can’t wait to be King’ as he is falsely lead to believe he is responsible for the death of his father he flee’s due to the plans of his evil Uncle who is just waiting to take over Pride Rock with devasting consequences for all.

Along the way he has ‘no worries’ in meeting fan favourite characters Timon and Pumba. He soon returns to face his Uncle and army of Hyenas and Simba sets out to rescue his lion pride and reignite his fathers legacy of putting the Kingdom first. T

here are laughs, maybe one cry… I’m sure you all know the scene, and I believe this film will likely be the family summer hit this year. This movie has an all round good story line and good family entertainment.