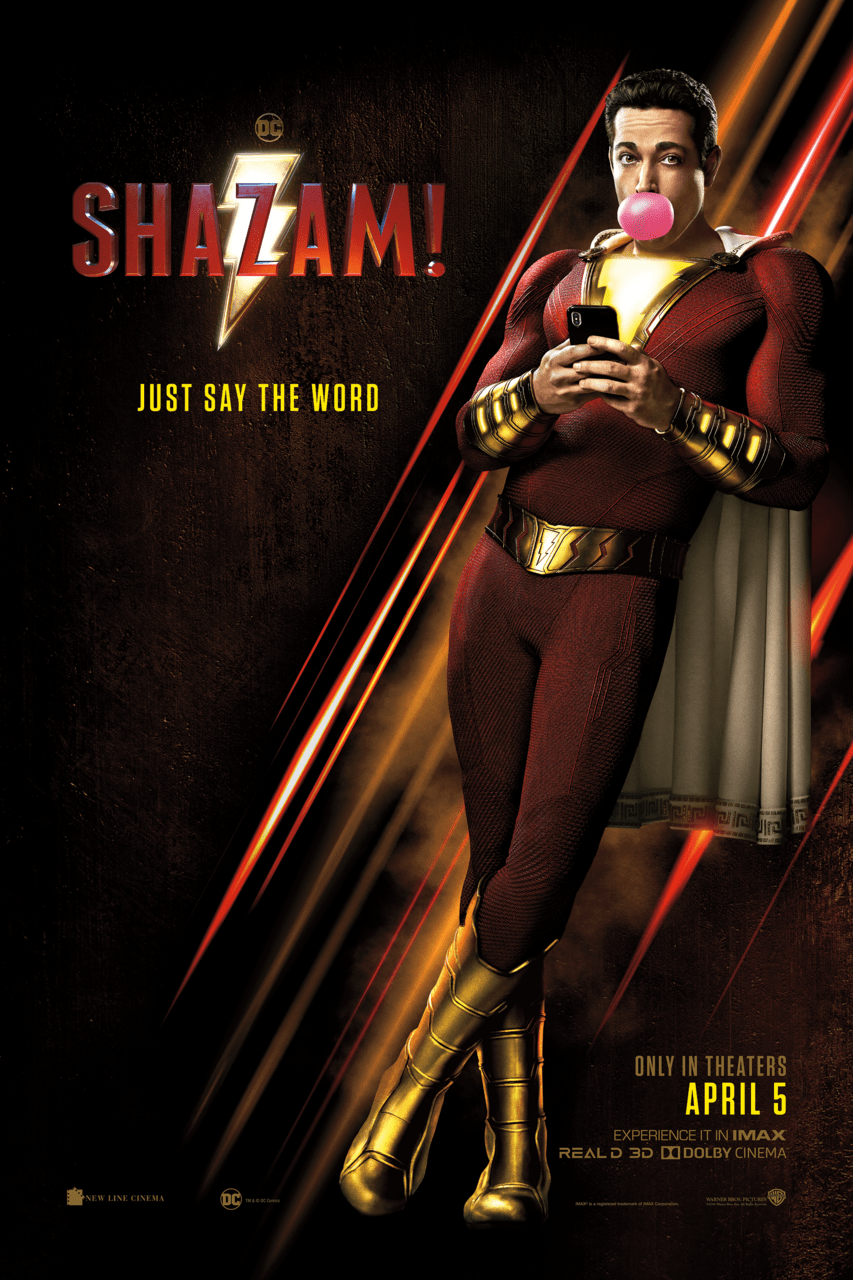 This is a kids’ film, starring kids. The central character, Billy Batson (Asher Angel), is 14; as is his cerebral, foster brother Freddy Freeman (Jack Dylan Grazer). Freddy is isolated & bullied at school but quickly forms a close friendship with Billy.

Billy is identified as being a ‘pure soul’ and is given a set of magic powers by a wizard   (Djimon Hounsou), including strength, super-speed and fingertips filled with lightning. By shouting “Shazam!” he is transformed into an adult in a superhero suit (Zachary Levi), so, like many 14-year-old boys, he uses his new identity to buy beer (which he promptly spits out), saunter into a strip club, and go viral on YouTube (creating some comic moments that attract laughs from the audience). The evil Dr Thaddeus Sivana (Mark Strong) is after Billy’s powers, hell-bent on revenge after being told, as a child, by both his father and the wizard that he was weak ( this is perhaps the weakest part of the plot, it was not clear to me why a boy who is bullied as a child should become an evil monster)

This film echo’s the plot of Stranger Things as billy bonds with his foster siblings and parents, who are actually fun and caring characters (and provide strong supporting roles). Billy’s family draw on his powers to help defeat the Evil Dr, Silvana making the film’s message of found family a positive one.