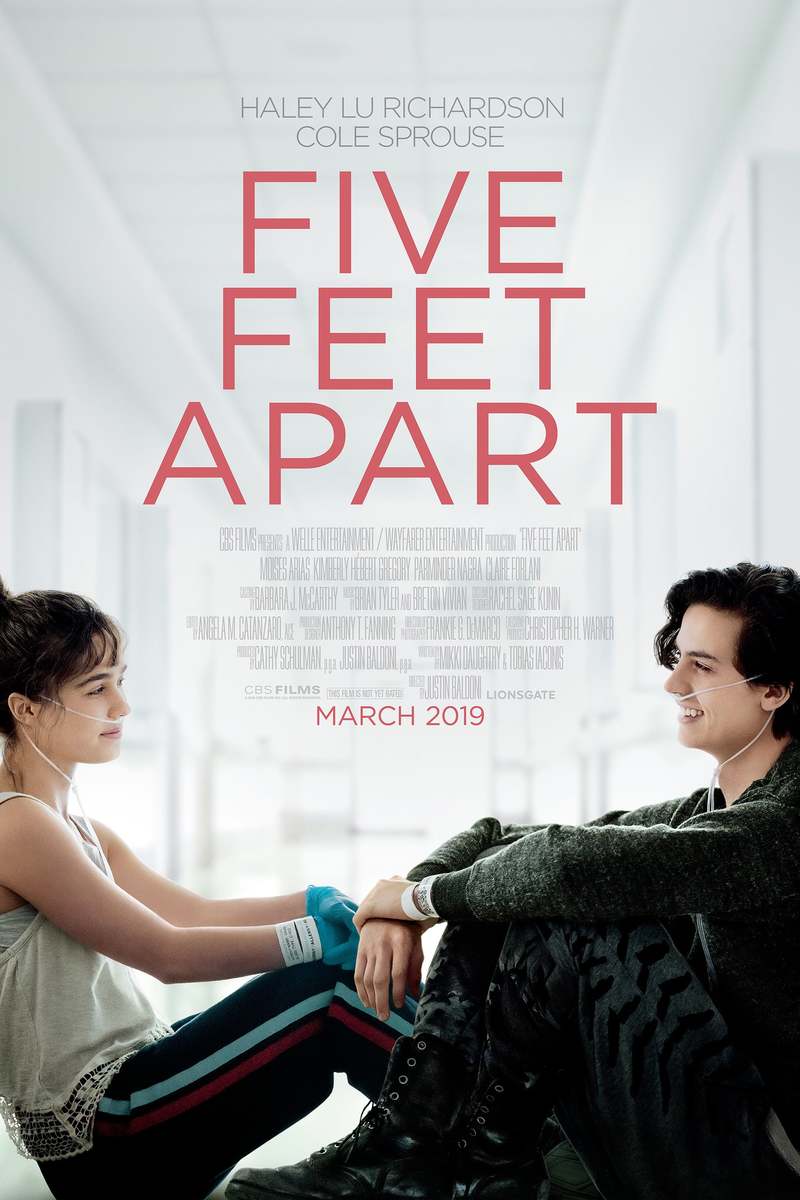 If you go and see this movie be prepared to get emotional!
What an absolutely brilliant film, following the tragic life of Stella, a 17 year old girl born with Cystic Fibrosis.

Stella (Hayley Lu Richardson) copes with her condition by vlogging her life and uploading it to YouTube. She’s spent so many years, in and out of hospital, it’s like a second home to her. Her gay best friend of 10 years, Poe, also has Cystic Fibrosis and they met in the hospital ward. Stella has a chance of extending her life expectancy, if she can have a lung transplant. Stella’s life changes when another CF patient arrives on the ward as part of a drug trial Will, (Cole Sprouse), a floppy haired, artistic, 17 year old!

The two don’t immediately get on with each other. Stella is very organised, has routine and is able to self medicate. Will has a much more reckless approach to his illness and doesn’t self medicate. As the pair get to know each other better, Will agrees to let Stella help him manage his illness in return for her letting him draw her.

Due to the symptoms of Cystic Fibrosis, extra care has to be taken to avoid the spread of bacterial infection from patient to patient. The rule is you keep 6 feet apart from each other, no contact, no kissing etc. As Stella and Will start falling for each other, this rule becomes an issue for them both. Stella decides five feet apart is a better distance for them to be! The story follows Will and Stella’s relationship and how they manage to arrange dates in the hospital, via their constant video chats. Haley Lu Richardson and Cole Sprouse portray their characters absolutely superbly and play very convincing roles.

The film is filled with funny moments, poignant moments and tense, emotional moments. It made me emotional more than once, during it. Overall, it was a fantastic film, which I would definitely watch again.