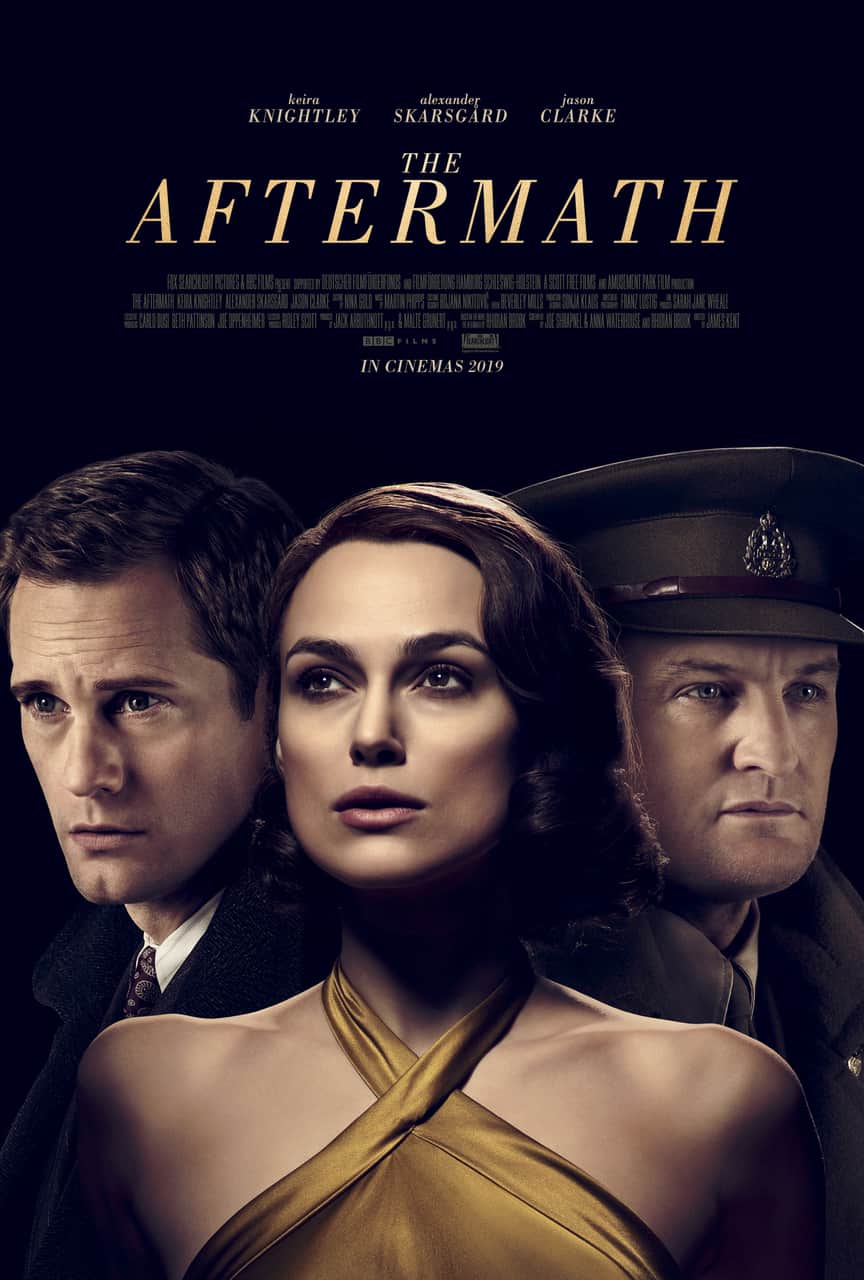 The Aftermath is set In the British-controlled section of Hamburg, where British officers and their families requisition German houses for the duration of the rebuilding effort, Captain Lewis Morgan proposes a fair but unorthodox compromise when his wife Rachael (Keira Knightley) arrives from England to join him: rather than evicting architect Stefan Lubert (Skarsgård) and his daughter Freda (Flora Li Thiemann) from their own home, the four will share the mansion in an upstairs-downstairs arrangement with the Luberts consigned to the attic. Morgan’s liberal-minded compassion, mocked by his colder-blooded colleague Burnham (Martin Compston), is limited by his desire for privacy.

Stefan and Freda are numbed by the loss of their wife and mother, respectively, in the Hamburg bombings; the Morgan’s’ marriage, meanwhile, has been blighted by grief for the loss of their son killed by a bomb blast. Set against a backdrop of fear and hate in the city the Germanophobic Rachael ostracises her housemates at first. However given her semi-estranged husband’s absences, her emotional vacuum and with Stefan’s anti-Nazi credentials soon confirmed, she rather quickly falls for him (a little too hurried probably due to the limitations of film length) and an affair ensues.

All this reaches a climax after a failed assassination attempt and Rachel tells her husband she is leaving him, at this point he opens up to her about his grief at the loss of their son. She leaves with Stefan but as she nears the train she realises that she cannot leave her husband who she still loves and she returns to him.
I found this film ‘dark’ but moving in the relationships and emotions that unfolded. The acting was superb as was the cinematography and costumes. The plot especially the onset of the affair was a little hurried/thin in places but on the whole I found this film and the story quite moving.