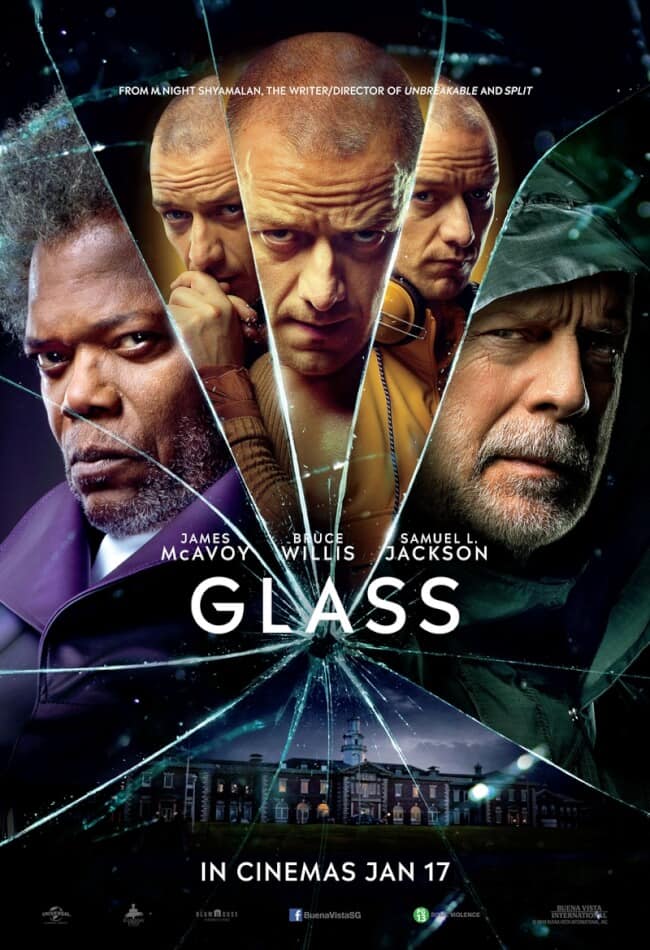 I hadn’t realised Glass is linked  to two other movies, Split and Unbreakable which I have not seen but that didn’t affect this movie.

Every personality McAvoy played had their own characteristics, body language and ascents so you knew the difference between the characters and I was intrigued to see who was next to come into the light.

Samuel L Jackson’s character has a bit of a slow start but you are left wanting more from him. He plays a great villain with a great mind but he was left a little behind in the movie.

Glass has some great twists throughout the movie which kept me on my toes as I get bored when I can predict the storylines but it was a shame all the characters were killed off as you were left wanting more from them but it was all for the last twist.

Throughout the movie it shows flash backs to the original movies Split and Unbreakable which has left me wanting to see them so I am sure it is a movie I will see again.