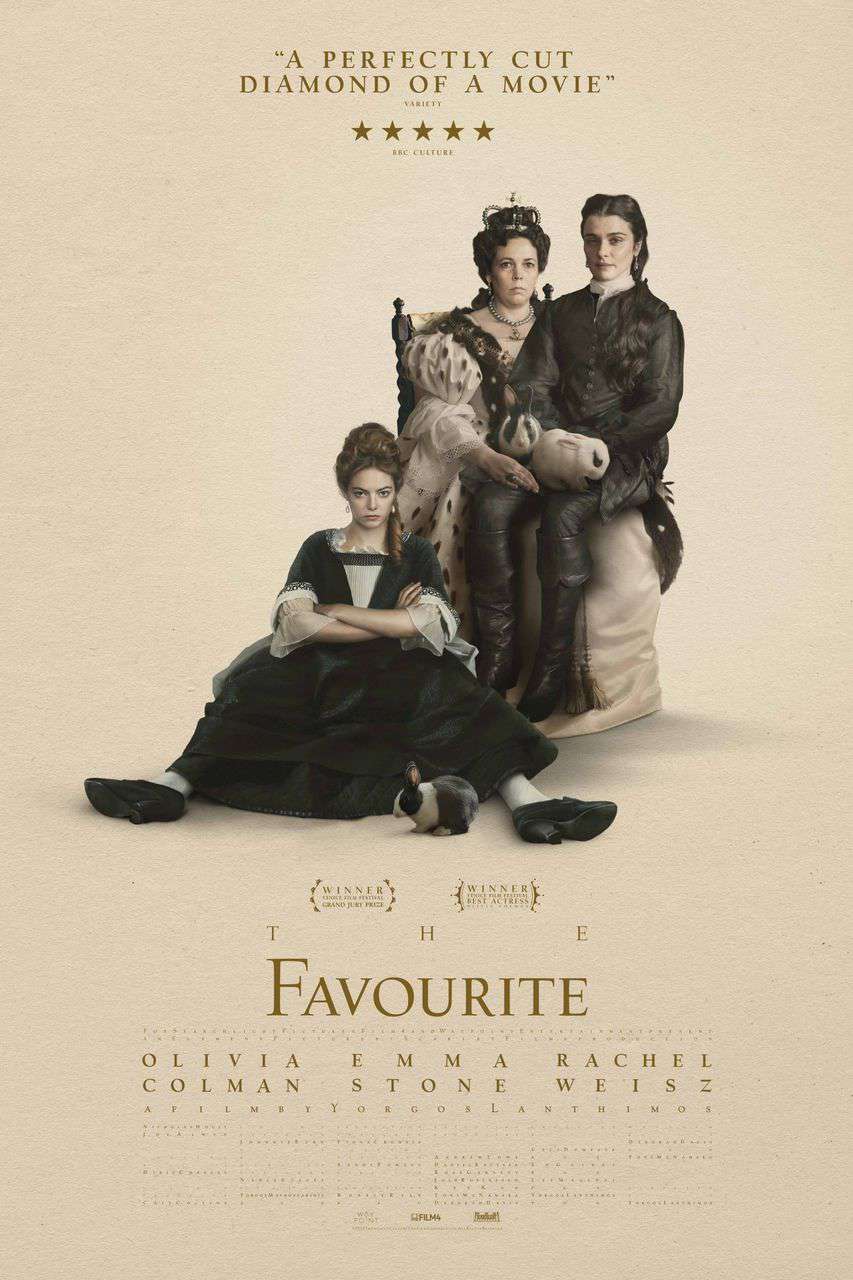 Olivia Colman plays an overweight Queen Anne, depressed, plagued by gout and suicidal thoughts. Lacking confidence, she relies upon the advice of her friend and lover Lady Sarah Churchill (Rachel Weisz). Queen Anne’s bedchamber is filled with “the little ones” rabbits that substitute for her lost babies. Anne’s sore-covered legs are in constant need of the massaging hands of Sarah, who also tends to Anne’s other physical needs.

The Queen with Sarah’s encouragements is considering doubling land taxes to fund the war with France, in which Sarah’s husband, the Duke of Marlborough (Mark Gatiss) is winning victories. But the leader of the parliamentary opposition Robert Harley (Nicholas Hoult) leads a vigorous campaign demanding a peace treaty to “save money and lives”.

Enter Abigail, (Emma Stone), Sarah’s penniless cousin who has “fallen far” (she arrives face down in the mud) and seeks employment. With some pity and misjudgment, Sarah consigns Abigail to the palace scullery. But soon, the scheming servant has made her way into Anne’s bedchamber, where she soothes more than the Queen’s aching legs. “I like it when she puts her tongue inside me,” Anne teasingly tells Sarah, prompting a power struggle for the Queen’s attentions. Meanwhile, Harley closes in on Abigail, seeking a route to the ear of the monarch who seems self-absorbed and disinterested in affairs of state.

This is an excellent performance by Olivia Colman and the two supporting actresses and the cinematography is pure artistry. For me the segmenting of the scenes into titled ‘acts’ made the flow of the story telling judder a little into a series of cameos. However this is a magnificent film with Olivia Colman as the most shining star! You must go and see it!!