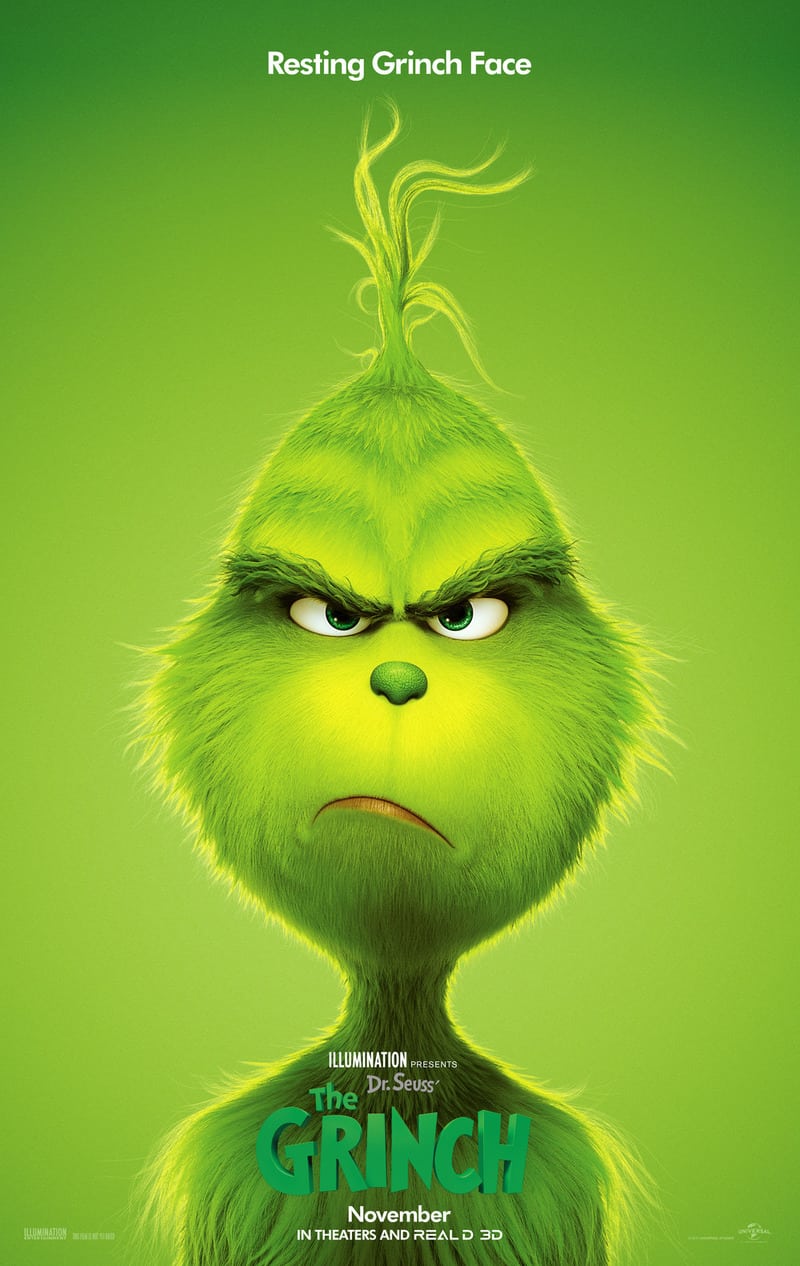 The original 2000 version of “How The Grinch Stole Christmas” is one of my favourite films.  I’ll watch it all year round!  So how does the 2018 version compare to such a highly rated classic?

The Grinch (voiced by Benedict Cumberbatch) and his loyal dog, Max, live a lonely life inside a cave on Mount Crumpet.  His main source of aggravation comes during Christmastime when his neighbours in the jolly town of Whoville celebrate Christmas with a bang. This year, however, the Whos decide to make Christmas bigger, three time bigger to be precise! Some say the Grinch didn’t get into the Christmas spirit because his heart was two sizes too small.

The grumpy Grinch realises there is one way to gain peace and quiet during the holiday season. Along with his trusted canine Max and his new pet reindeer Fred, the Grinch hatches a sneaky scheme to ruin this year’s Christmas, by stealing it all away.  Little does he know that he is about to have his heart changed by a young girl, Cindy Lou Who (Cameron Seely) and her generous holiday spirit.

This film was definitely aimed at a younger audience, but that really didn’t hinder my enjoyment of it. It wasn’t trying to copy the 2000 version, it loosely followed the same plotline with a few slight differences, only noticeable to the older audience.  The animation is fantastic, the Whos looking a lot more human like than the original (ironically!). It has a fantastic voice-over cast with many well known actors lending their voices to the Whoville community – look out for a cameo from “I’m A Celebrity, Get Me Out Of Here” winner, Georgia Toffolo! The one big thing missing from the film were jokes for the old generation.  I did miss the Jim Carrey humour a lot, and the iconic quotes, but that’s not to say the film isn’t enjoyable.

You really do leave the cinema with a warm fuzzy feeling in your heart.  Christmas is my favourite season, where despite the problems you face throughout the year, we can all come together at Christmas and put our differences aside. It really is the perfect film to get you in the Christmas spirit.