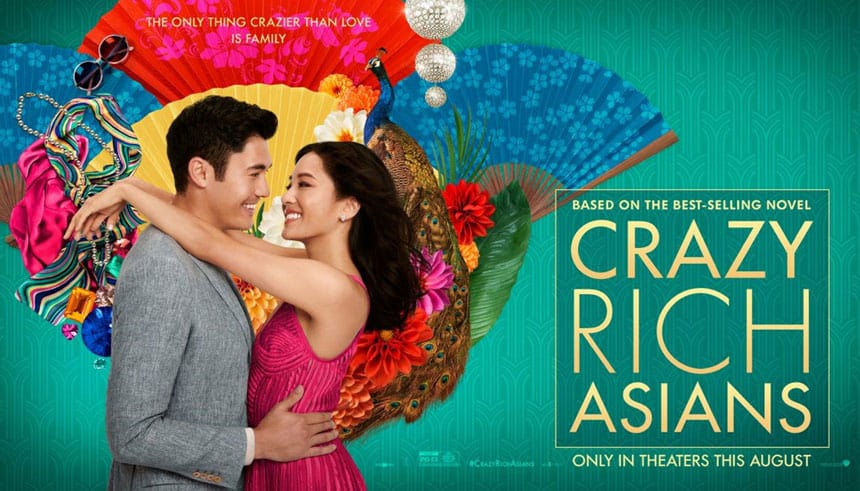 This film is a RomCom, modern day, fairy tale.

The story follows the super rich, Singaporean Nick Young and his girlfriend, Rachel. A Chinese American, who was brought up by her single mum, in New York City. Rachel is excited to be asked by Nick to go to Singapore with him, to the wedding of his best friend, where Nick will be the best man. This is an ideal opportunity for Rachel to meet Nicks family. Rachel has no idea that Nick has any sort of wealth. In their year long relationship, he has not given her any idea that his family is any different to hers. It is only when they board the flight to Singapore and are shown to a private first class cabin, that Rachel finds out the truth. Nick is a very down to earth character, who thinks that love is more important than money. With Nick’s mother against the couples relationship, she tries her best to split them up but with the help of a couple of relatives and close friends, can love conquer all?

This film is a real feel good film, suitable for teens, adults, mums, dad’s and anyone who loves a great romantic comedy. There are plenty of laughs and a sweet storyline. It’s has a hugely colourful cast and filmed mostly in beautiful Singapore. Makes me want to book a flight there!