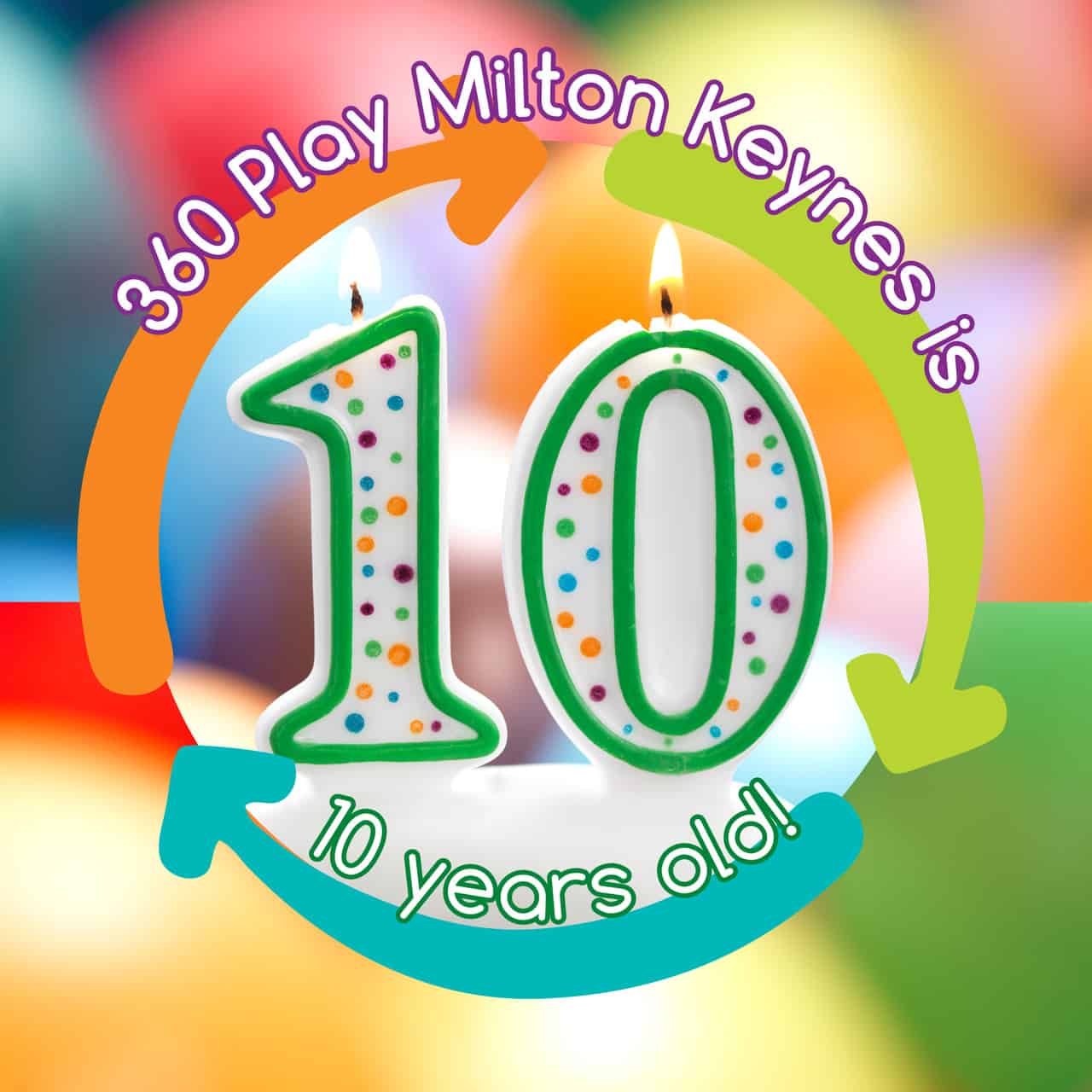 360 Play MK opened its doors back in 2008 and throughout September we will be making time capsules in our messy play areas and we would love you to get involved.

Check our messy play timetable on Facebook  to find out when we’re hosting the time capsule sessions.

A decade goes by so quickly and this is a great opportunity to preserve a moment in time to look back on. A photo, a drawing, a toy – whatever you want from 2008 or 2018 can go into the time capsule for future reminiscing. Just bring it along with you on the day to take part! If you can’t make it along to join us making the time capsule in messy play you can  bring your items in throughout the month of September and hand them to a member of staff.

What’s a celebration without a bit of cake? Come and join us on Wednesday 5th at 11.30am and 1pm and on Monday 17th September at 11.30 am and 1pm  for cupcake decorating in our messy play area as part of our 10th Anniversary bonanza.

Our 10th Anniversary is something that we want to commemorate so during September we are inviting children to come and contribute to our special display with a handprint or footprint. Just follow 360 Play on Facebook and look out for updates telling customers when to take part and become part of 360 Play history!