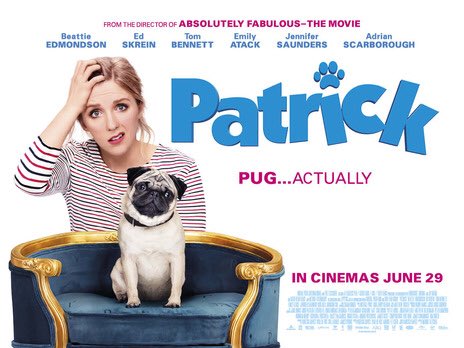 The film is about a young woman named Sarah, whose life changes when her grandmother gives her prized possession, a spoilt Pug named Patrick.

We thought the film was very good. At the beginning, the quality of acting was poor giving an impression of an amateur film. However, as the film continued this quality was improved along with the story line. The main story was good and the audience could easily understand where the story was going, it made sense and was intriguing for the audience to watch. The plot twists really put viewers on edge making them wonder what was going to happen and what the outcomes would be. The end of the story was truly a heart felt victory for both audience and characters as the characters wishes were met, satisfying the audience and making them relieved for the characters on screen. Overall we enjoyed watching the film and would recommend it to others.