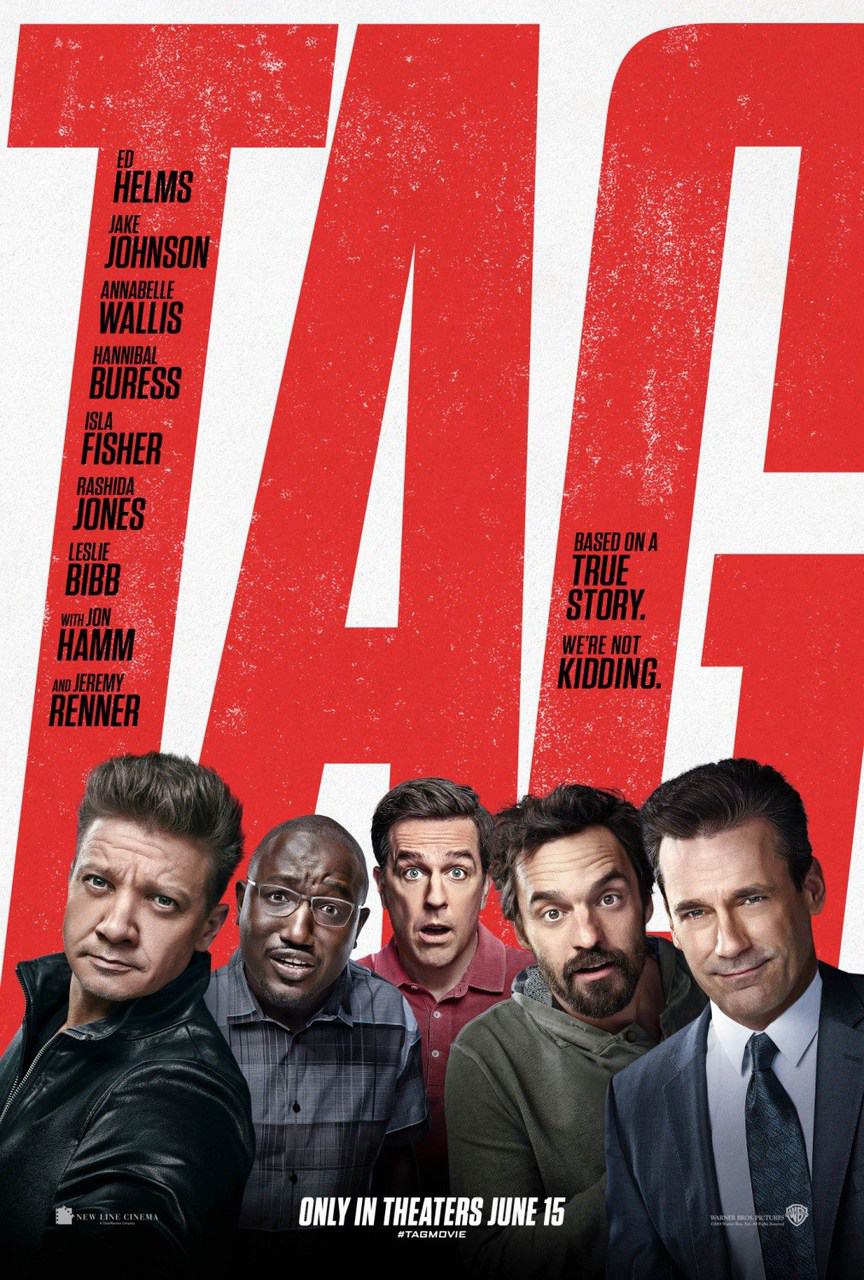 Take your mind back to school days; a simpler time, where days were short, no work to worry about, and you could spend lunch times playing games in the playground with your friends.  Imagine if one of those games continued…. and not just till after lunch!

Tag is based on the true story of a group of grown men who are in the middle of a highly-competitive game of tag for over 30 years. Hogan “Hoagie” Malloy (Ed Helms), Bob Callahan (Jon Hamm), Randy “Chilli” Cilliano (Jake Johnson), Kevin Sable (Hannibal Buress), and Jerry Pierce (Jeremy Renner) have been playing since 1983, with Jerry being the only member of the group who has not been tagged. The guys come together finally tag Jerry once and for all, before he leaves the game for his upcoming marriage.

I went in to this with very high expectations. With an all-star cast of amazing actors, I couldn’t wait to see what the chemistry was like. Let me tell you, I was not disappointed.  It was like they really had known each other for years! I laughed out loud from the moment it came on until the credits.  The film itself its quite over the top, as expected, but some moments took it a little too far for me. Some parts went into a childish like humour, which would be my only critic of the film.