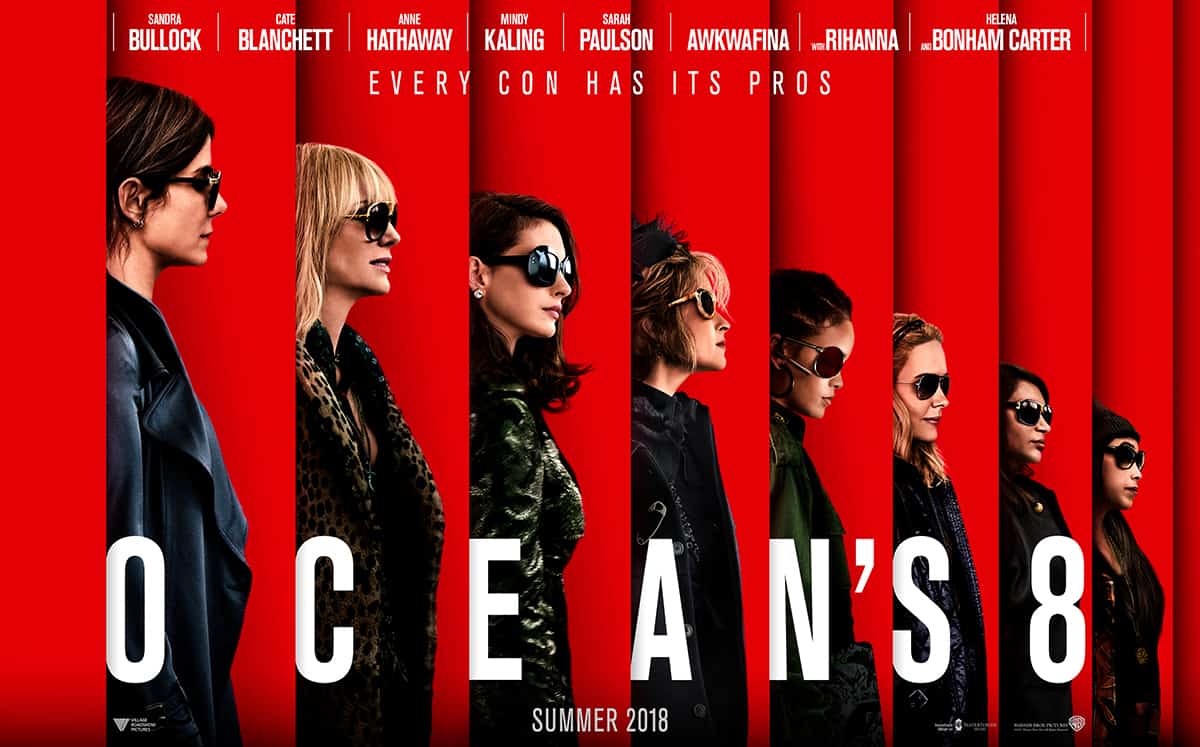 Ocean’s 8 is the latest spin off from the Ocean Trilogy.

The film follows a group of women, led by Debbie Ocean (Sandra Bullock) who plan a highly sophisticated heist of the Met Gala in New York City. Debbie is paroled from prison, and hunts down her former partner-in-crime Lou (Cate Blanchett) to convince her to join her heist that she planned while serving her sentence. They assemble a small army of jewellery experts, fashion designers, sleight of hand artists, computer hackers and single-mom highway robbers,(Mindy Kaling, Sarah Paulson, Rihanna, Helena Bonham Carter, and Awkwafina,) and plan steal a a $150 million Cartier necklace off the neck of Met Gala co-host Daphne Kluger (Anne Hathaway).

Whilst the films plot line took a little bit of time to establish itself, it really is a filmed that cannot be faulted. Without having watched any of the previous films in the Ocean’s franchise, it definitely didn’t hinder my enjoyment of the film. The all-female lead cast were outstanding, with their comic one liners and all around fierceness. The storyline was fantastic and really kept you engaged with wanting to find out how they pull this heist off. Make sure you keep your eye out for some sneaky celebrity cameos!

How does it end? Do they pull off the most dangerous jewellery heist in history? I’ll let you watch to find out!