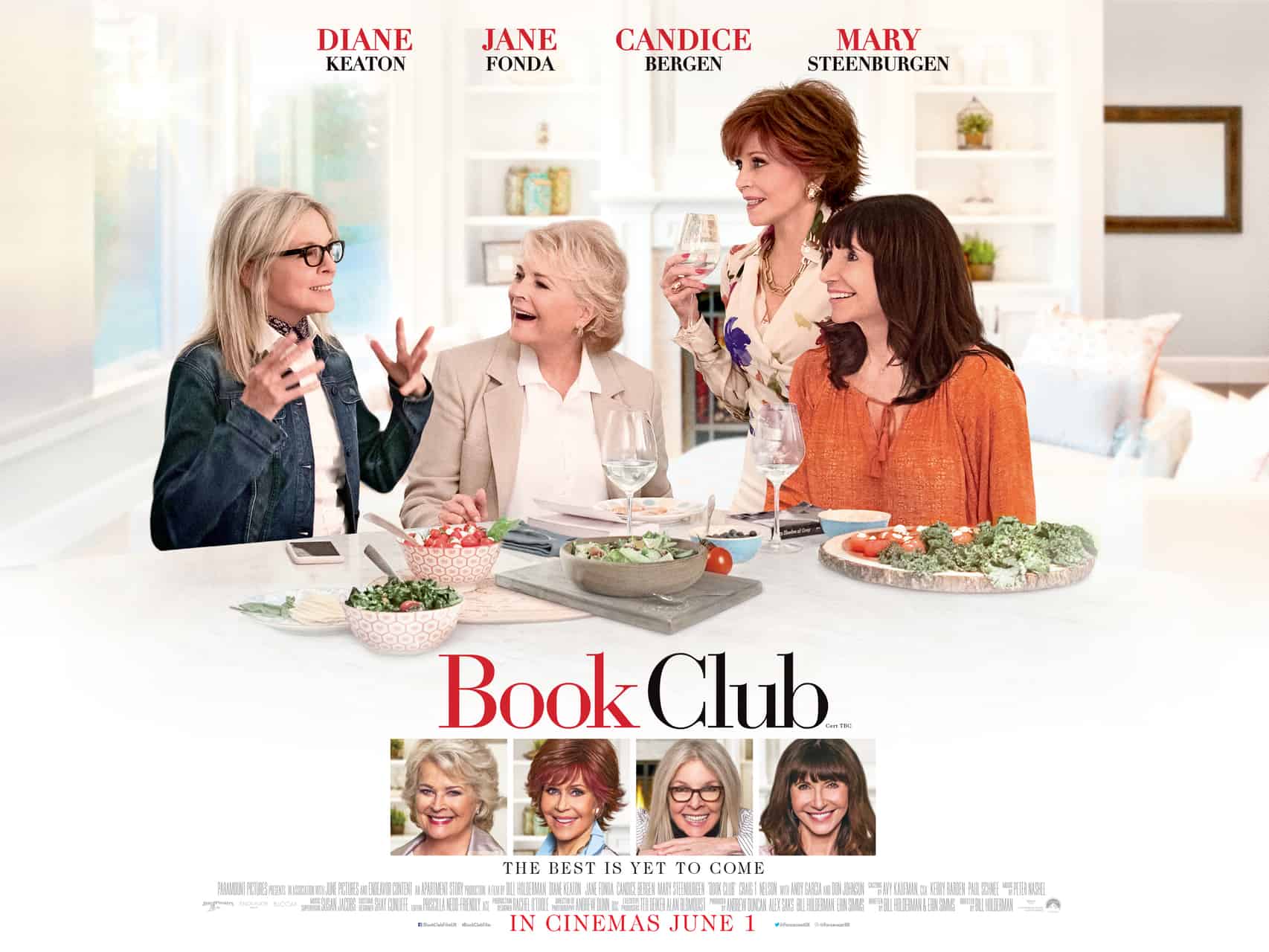 Four female friends think they can spice up their book club, and maybe their love lives, by wallowing in the kinky prose of E.L. James’ Fifty Shades of Grey.

Book Club is set in Los Angeles, Vivian (Fonda) runs a hotel and has a stable of studs to choose from. Sharon (Bergen) is a federal judge who’s done with the husband who dumped her for a young trophy fiancé. Diane (Keaton) is a widow who kind of likes being on her own. And Carol (Steenburgen) is a restaurateur with a newly retired husband, Bruce (Craig T. Nelson), who’s having trouble both getting and keeping it up.

The one constant in these women’s lives is their book club together, some 40 years strong, always hosted in one of their lovely California homes.

Book Club is really a team of talented pro actors playing against scenery that’s too chintzy to ignore, but too shameless to really dislike. It’s a delightfully tacky summer romp that all women should go to see.