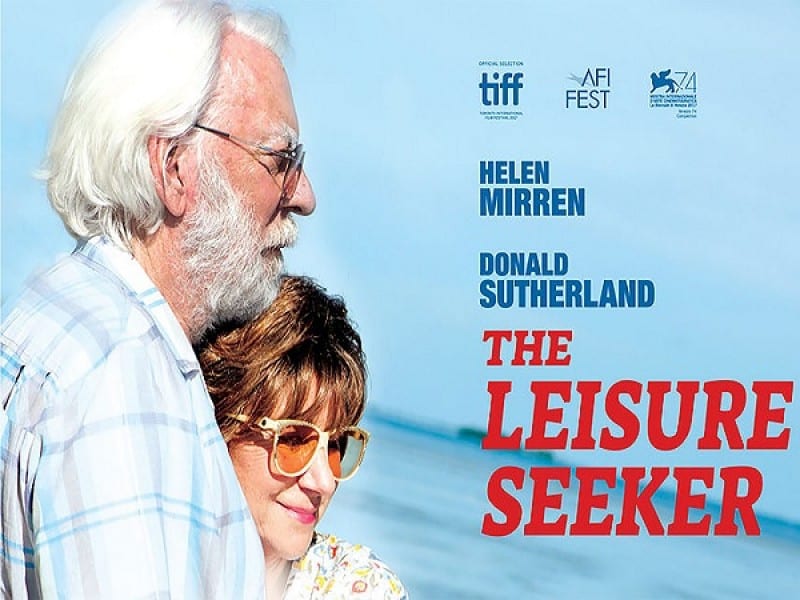 Helen Mirren and Donald Sutherland head off along Route 1 for a well-constructed, but not especially original, study of a long-married couple in their golden years.

They are a couple who skip town in a 1975 Winnebago, heading from Wellesley, Mass., to Florida, without giving notice to anyone, including their grown children. Ella (Ms. Mirren) plans to take John (Mr. Sutherland), an expert on Ernest Hemingway, to the Hemingway Home in Key West.

John has symptoms consistent with Alzheimer’s disease, although that term is never used. And Ella, nursing her pain with a steady stream of whiskey, is clearly dying; the diagnosis will be obvious to viewers long before the film reveals it.

It’s rare to see older characters in film where age is not their defining characteristic, but in this respect, The Leisure Seeker challenges the norm. In places, the humour predictably relies on the elderly couple’s interactions with unfamiliar modernity, but Ella’s stubborn sass and John’s fastidiousness also lead to some laugh out loud moments.

The Leisure Seeker doesn’t offer many surprises, but it really captures the realities of a long-term relationship, and is the kind of film that makes you appreciate the person you’re with.