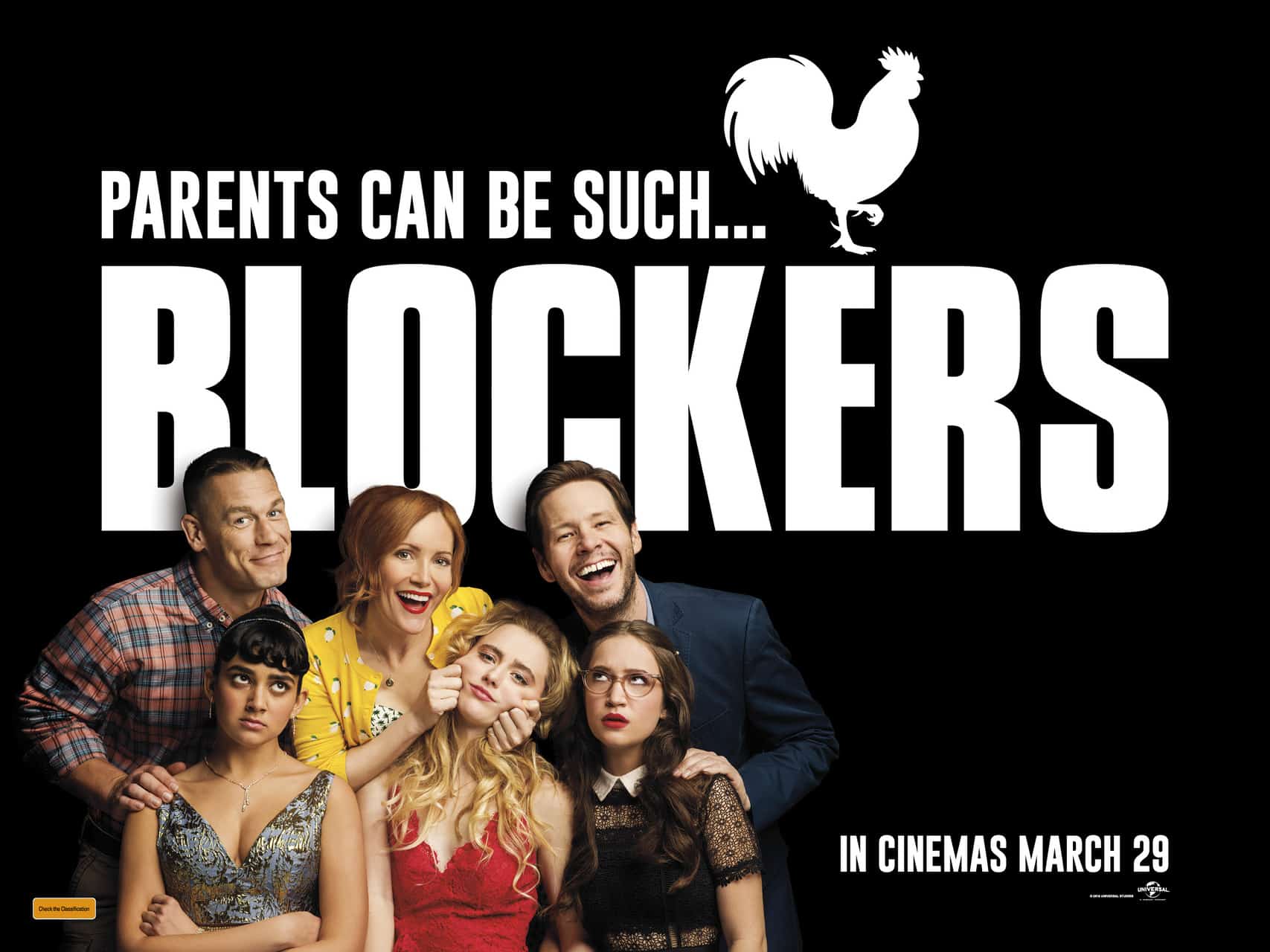 “Blockers” is a comedy directed by Kay Cannon (writer and producer of the “Pitch Perfect” movies, but making her directorial debut here) and written by Brian Kehoe and Jim Kehoe (2005’s “Overachievers”).

Starring John Cena, Leslie Mann and Ike Barinholtz as three parents attempting to stop their daughters from going through with a sex pact on prom night.

“Blockers” is very funny… and crude and open-minded and empowering. The laughs come from the antics of these well-meaning, but clueless parents, the ridiculous situations they get themselves into, and sexual and gross-out humor involving the girls’ quest and their parents’… anti-quest.

The story emphasizes the teens’ need to make their own decisions regarding their sexual behavior – and the parents’ need to come to terms with that – one way or another. Individual Movie Fans may not appreciate such a frank portrayal of teen sexuality and sexual autonomy, but it’s not exploitive and it is thought-provoking and even a little touching, while being humorous. (It’s funny enough for the laughter in a crowded auditorium to drown out some of the lines of dialog which follow an especially comical incident.)

The characterizations of the adults are mainly one-dimensional (not entirely inappropriate, given that the three girls drive the plot), while the teenage characters are interesting and the actresses play them very well. Overall, this movie is fairly original and well-balanced and very entertaining.