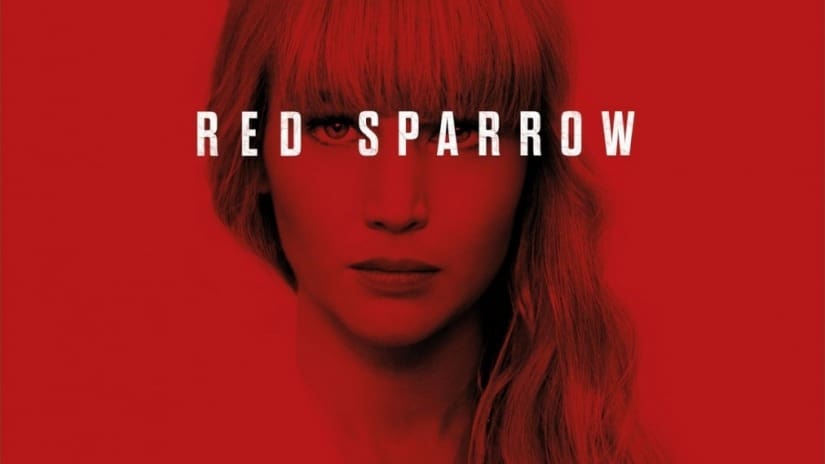 Red Sparrow is a spy thriller offering mixed pleasures throughout.

Jennifer Lawrence stars as a seductive assassin in this film directed by Francis Lawrence, no relation, based on a bestseller written by ex CIA Justin Haythe.

This film, with a questionable 15 rating, boasts full nudity,  violent rape, implied incest, graphic torture and sexual tension throughout. The grisly shower scene early in the film shows how all involved were willing to take this to the very edge of what’s acceptable in a studio movie.

Jennifer Lawrence plays Dominika, a ballerina at the Bolshoi looking after the mother when an accident leaves her unable to dance and provide for her mother. Her uncle Vanya, a leading spymaster, leads her into his world and so the story begins.

As I’ve already said Francis Lawrence has pushed the boundaries throughout the film but he has also held back where you might of expected more.

The direction, at times, feels flat. The tone is solemn and will open your mind to the world of espionage.

Everyone will have their own views on actors with fake accents and storylines which are hard to believe.

I loved the ending. I thought Jennifer Lawrence played her part very well and this is a film I will remember for many reasons.

As for the mixed pleasures I mentioned earlier that is for the individual to pick their own moments.