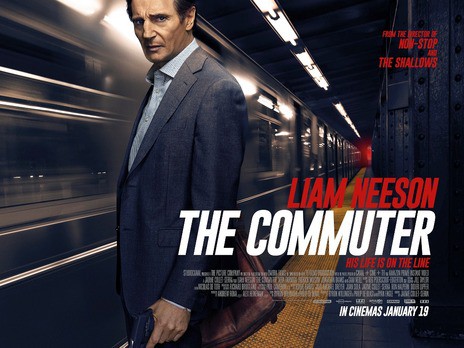 Liam Neeson is back in other action movie in The Commuter, again thrown into a life-or-death task amid an audience of un-expecting everyday individuals, many on their daily commute.

He must solve a mystery on a train as Joanna played by Vera Farmiga says “There’s someone on this train who doesn’t belong”. Threatened with the lives of his family Michael MacCauley (Neeson) must identify this person and plant a tracker in their bag before they get off.

For 10 years MacCauley had worked as a insurance salesman in New York City until that morning he got fired from his job, it seems it was his desperation at this point which caused him to accept the deal offered by Joanna.

The rest of the film is just an excuse for Neeson to walk up and down the train. The commuter is a far-fetched story line which is inconsistent and hard to follow however it is an engaging film and the story can be understood.

Overall the The Commuter is a enjoyable ride that’s worth the trip.