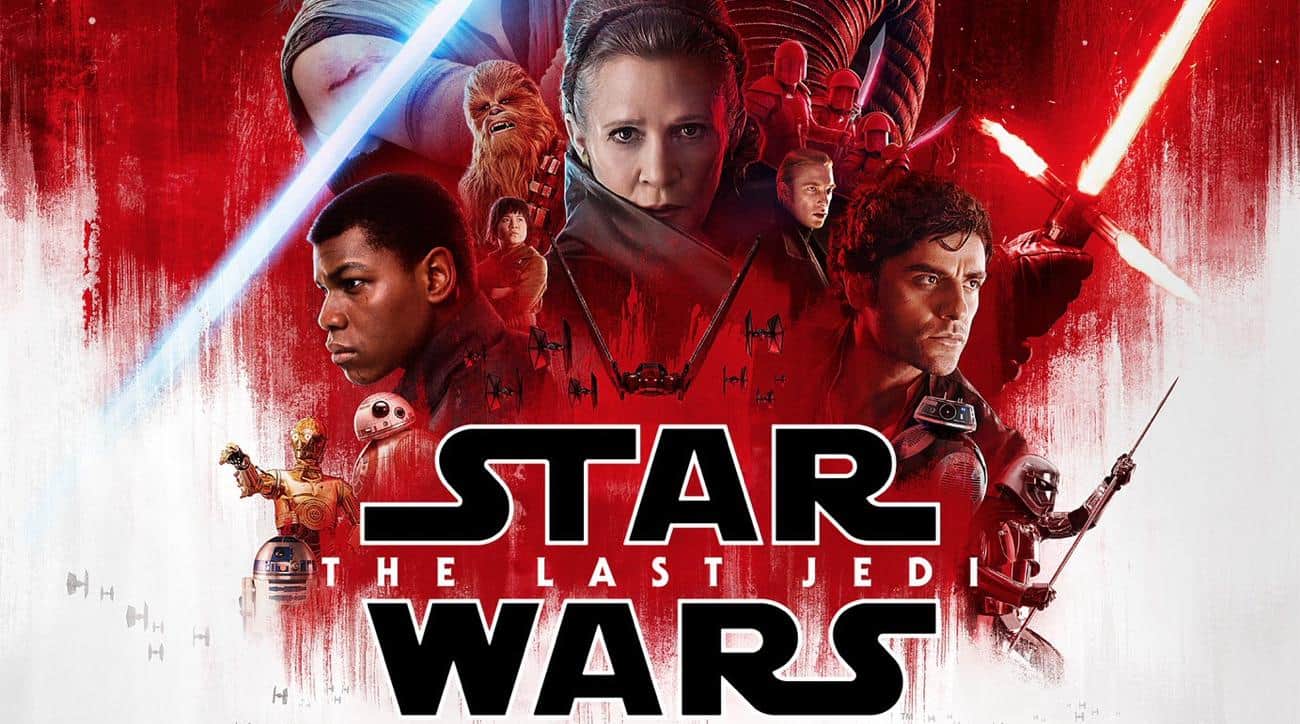 It’s almost become a Christmas tradition for a new Star Wars film to hit the big screen – and this year’s instalment is definitely a cracker!

Following on from The Force Awakens and the battleground of Rogue One comes this fun and entertaining adventure. Set straight after Episode Seven (in a galaxy far far away of course), we’re reunited with characters including Poe, Finn, Rey, Leia, Chewbacca and of course Luke plus some new faces too.

Starkiller Base may have been destroyed by the Resistance but the First Order are far from defeated and the war is escalating. Meanwhile, Rey begins her training in the ways of the Force with a great mix of humour and drama – a moment where she’s asked to ‘reach out’ is cleverly juxtaposed with her being drawn into the darkness where she’s faced with a very trippy scene.

Although a very different feel to the previous films, the latest addition is very tongue in cheek in places and openly references letting go of the past. Although we can never let go of the Millennium Falcon…